The League Two tie at The Energy Check County Ground on Saturday will see home team Swindon Town prepare for the visit of Gillingham.

To see all of our predictions, user poll & stats for Swindon Town v Gillingham, scroll down - along with the latest match odds.

Swindon Town, buoyed by their previous result, will be hoping for more of the same after a 5-0 League Two success versus Grimsby Town.

Their more recent scorelines shine a light on the fact that much respect should be given to the Swindon Town rearguard. Swindon Town have been stingy, resulting in the number of goals that have gone past their goalkeeper during their previous six games standing at 4. That trend won’t necessarily follow through here, however.

Going into this encounter, Swindon Town have not registered a win against Gillingham in their last 3 matches in the league.

Gillingham go into this match following on from a 0-2 League Two win in the defeat of Colchester United in their previous fixture.

For Gillingham, the goalscorers were David Tutonda (36') and Tom Nichols (45').

In 5 of the past six games featuring Gillingham, a notably low volume of goals have been struck between them and opposing sides. The overall average goals scored per game during that period comes out as a mere 1.67, with the average goals for The Gills equalling 0.83.

A glance at their most recent head-to-head clashes going back to 06/02/2016 shows that Swindon Town have won 1 of these games & Gillingham 2, with the tally of drawn results standing at 3.

A combined sum of 12 goals were shared by the two clubs during those clashes, with 5 for The Robins and 7 created by The Gills. This gives an average number of goals per game equal to 2.

The previous league fixture featuring these sides was League Two match day 7 on 03/09/2022 which finished with the scoreline of Gillingham 0-0 Swindon Town.

The Swindon Town boss Gavin Gunning will be grateful to have no fitness concerns to speak of before this game with a fully healthy group ready to go.

Owing to a completely healthy group ready to go, the Gillingham boss Neil Harris has zero fitness worries at all before this match.

Gillingham have the firepower to put one past this Swindon Town team, however that is unlikely to be as many as they’ll concede.

We’re predicting a very close game with a 2-1 victory for Swindon Town at the end of this one. Let’s just see how this one goes. 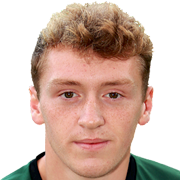 Typically used in the Striker position, Luke Jephcott was born in Ponsanooth, England. Having played his first senior match for Swindon Town in the 2022 - 2023 season, the gifted Forward has hit 5 league goals in the League Two 2022 - 2023 season to date in a total of 17 appearances.

We have made these Swindon Town v Gillingham predictions for this match preview with the best intentions, but no profits are guaranteed. Please always gamble responsibly, only with money that you can afford to lose. Good luck with your selections.