Gillingham make the trip to DW Stadium on Saturday for the League One meeting with hosts Wigan.

Scroll down to see all of the predictions, poll and statistics for Wigan v Gillingham - plus the latest betting odds.

Wigan will be hoping to bounce back here following the 2-0 League One defeat last time out to Ipswich Town.

Fixtures featuring Wigan Athletic have usually been exciting affairs recently with high scoring anticipated. Over their past half dozen clashes, the sum of 21 goals have gone in for both sides combined (at an average of 3.5 goals per game) with 13 of these belonging to The Latics. Still, time will tell whether such a trend might be replicated in this next game.

Looking at the pre-match facts, Wigan:

In their previous game, Gillingham drew 1-1 in the EFL Cup tie with Coventry City.

The stats tell the story, and Gillingham have been scored against in 5 of their last 6 matches, with opponents netting 8 goals in all. At the back, The Gills have clearly had some problems.

Looking over their past head-to-head meetings dating back to 11/12/2004 shows that Wigan have won 3 of these games & Gillingham 2, with the number of draws standing at 1.

An aggregate of 16 goals were scored between them in this period, with 9 of them from The Latics and 7 for The Gills. That’s an average goals per game figure of 2.67.

The previous league game between these sides was League One match day 31 on 03/02/2018 and the score finished Wigan Athletic 2-0 Gillingham.

The referee was Nick Kinseley.

Wigan boss John Sheridan has zero fitness concerns to speak of before this clash thanks to a fully injury-free squad ready to go.

Owing to a completely injury-free group available to choose from, Gillingham manager Steve Evans doesn’t have any fitness concerns to speak of ahead of this match.

We’re of the view that Gillingham and Wigan could well end up finding themselves level here, with both teams capable of netting.

It’s looking like it could well end up as a draw. That’s why our selection here is for a very even match with a 1-1 scoreline when the referee blows the full-time whistle.

Both Teams to Score Prediction for Wigan vs Gillingham
Yes 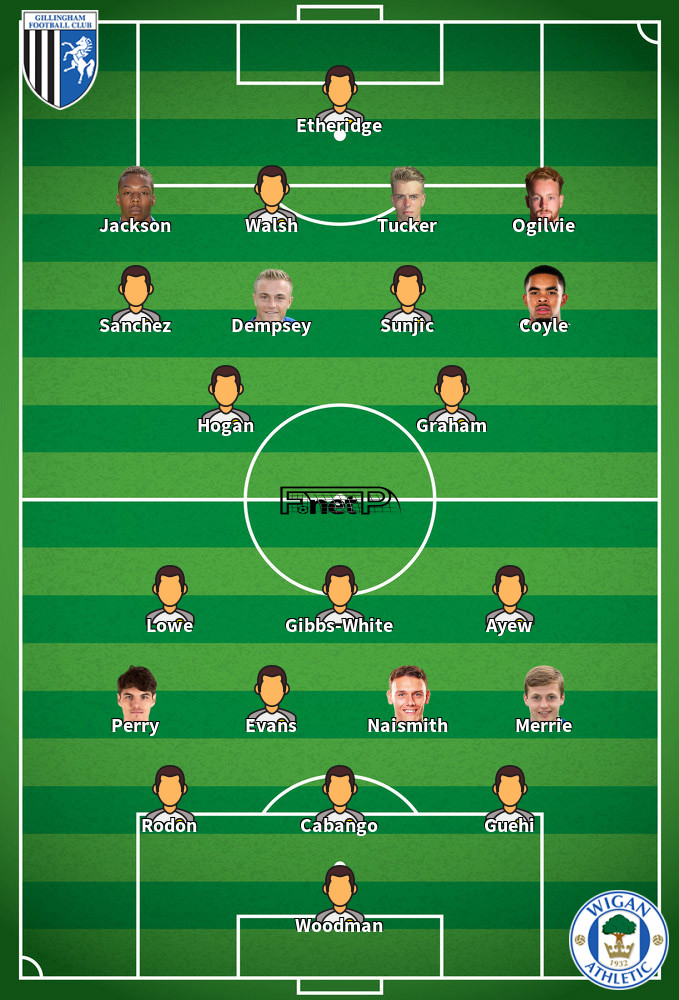 We have made these Wigan v Gillingham predictions for this match preview with the best intentions, but no profits are guaranteed. Please always gamble responsibly, only with money that you can afford to lose. Good luck with your selections.