Godoy Cruz are the guests at Estadio Juan Carmelo Zerillo on Friday for the Superliga showdown with hosts Gimna ' Plata.

All Gimna ' Plata v Godoy Cruz match predictions, user poll and stats are shown below (including the best match odds).

Gimna ' Plata will be hoping for a repeat of their last result, following a 0-1 Superliga triumph against Huracán.

Under three goals per game were seen in 6 of the last 6 meetings where Gimna ' Plata have been involved. Regarding the goal weighting in this period, opposition teams scored a total of 3 while Gimna ' Plata managed the sum of 3.

Heading into this fixture, Gimna ' Plata are unbeaten in their last 7 home league matches.

In the game prior to this, Godoy Cruz drew 1-1 in the Superliga tie with Vélez Sarsfield.

A run of accomplished performances from the Godoy Cruz defensive players has resulted in their ‘goals against’ tally amounting to 4 from their last 6 outings overall. During the same time, their own forwards have managed to score 7. While that may be of interest, it remains to be seen if that pattern will be maintained in this upcoming game or not.

Their prior results show that Godoy Cruz:

Looking at their prior head to head meetings going back to 16/04/2016 tells us that Gimna ' Plata have won 3 of these and Godoy Cruz 2, with the number of drawn matches being 1.

21 goals were produced between them throughout the course of those matches, with 10 of them from El Lobo and 11 being from Tomba. This gives an average number of goals per game equal to 3.5.

The previous league fixture between the two was Superliga match day 10 on 05/09/2021 which finished with the scoreline of Godoy Cruz 4-0 Gimna ' Plata.

Gimna ' Plata got 6 shots at goal with 1 on target.

Regarding absentees, there’s just the lone fitness concern for the Gimna ' Plata gaffer Néstor Gorosito to be concerned about due to a largely intact squad. Nicolás Contin (Cruciate Ligament Rupture) will miss out.

Thanks to a completely healthy squad to pick from, the Godoy Cruz boss Favio Orsi has zero fitness concerns whatsoever ahead of this game.

We’re of the view that Godoy Cruz and Gimna ' Plata should both be able to score here although it’s hard to pick a clear winner.

A close call, and we think a draw is quite likely. Our tip is therefore for a very close game with a score draw when the referee blows the full-time whistle. 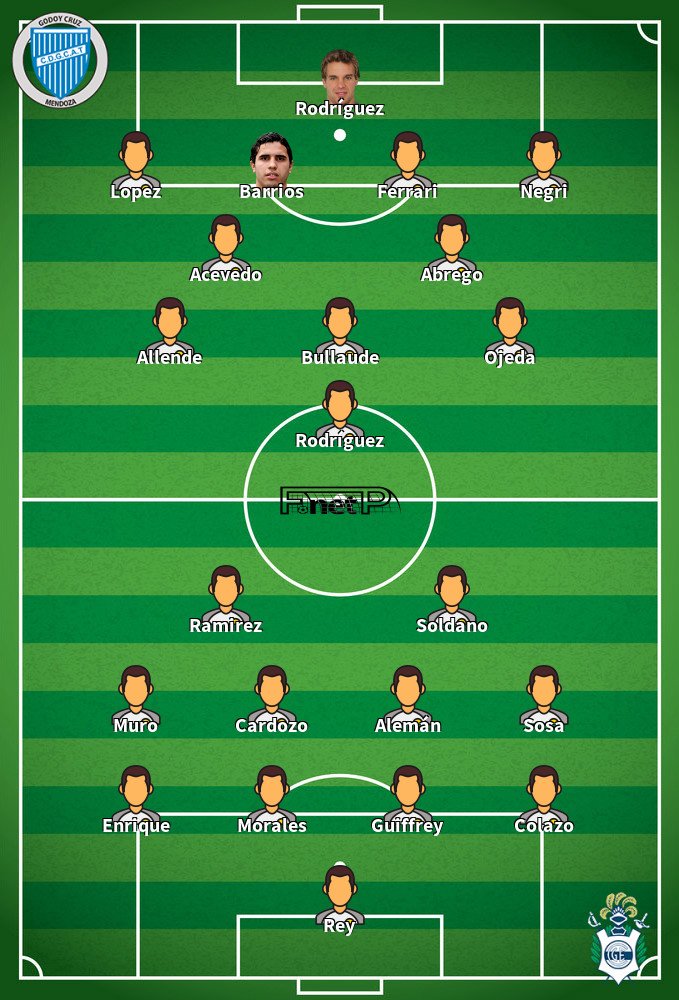 We have made these Gimna ' Plata v Godoy Cruz predictions for this match preview with the best intentions, but no profits are guaranteed. Please always gamble responsibly, only with money that you can afford to lose. Good luck with your selections.