Gimna ' Plata will be visiting Estadio Gigante de Arroyito on Friday for the Superliga game with home side Rosario Central.

Rosario Central will be hoping to bounce back here following a 2-0 Superliga loss in their previous game against Vélez Sarsfield.

Over their last 6 fixtures, Germán Rivarola's Rosario Central have netted a total of 5 times giving them an average number of goals scored per match equal to 0.83.

Coming into this contest, Rosario Central are unbeaten in their previous 2 home league matches.

Gimna ' Plata come into this match following on from a 3-1 Superliga win with the eclipse of Racing Club in their last outing.

A succession of effective displays by the Gimna ' Plata defence has seen the number of goals they’ve conceded amounting to 4 from their past 6 outings overall. During the same period, their forwards have scored 16. Having said that, we’ll just have to find out if such a trend will persist here in this match.

Going into this game, the form guide shows that Gimna ' Plata:

Checking on their most recent head to head meetings going back to 02/05/2016 shows us that Rosario Central have won 2 of these and Gimna ' Plata 3, with the tally of drawn games being 1.

A combined total of 11 goals were shared by the two clubs throughout the course of those matches, with 5 of them from El Canalla and 6 for El Lobo. That’s an average goals per game of 1.83.

The last league meeting between these clubs was Superliga match day 3 on 29/07/2021 which finished with the scoreline of Gimna ' Plata 1-0 Rosario Central.

On that day, Gimna ' Plata managed 38% possession and 12 attempts on goal with 5 on target. Their only player on the scoresheet was Leonardo Morales (36').

At the other end, Rosario Central got 16 shots at goal with 2 of them on target.

In our view, Gimna ' Plata will likely create enough chances to score against this Rosario Central team, however that probably won’t quite be as many as they’ll concede.

We’re going for a tight encounter finishing with a 2-1 winning margin for Rosario Central when the full-time whistle blows. It will be interesting to see how this one goes. 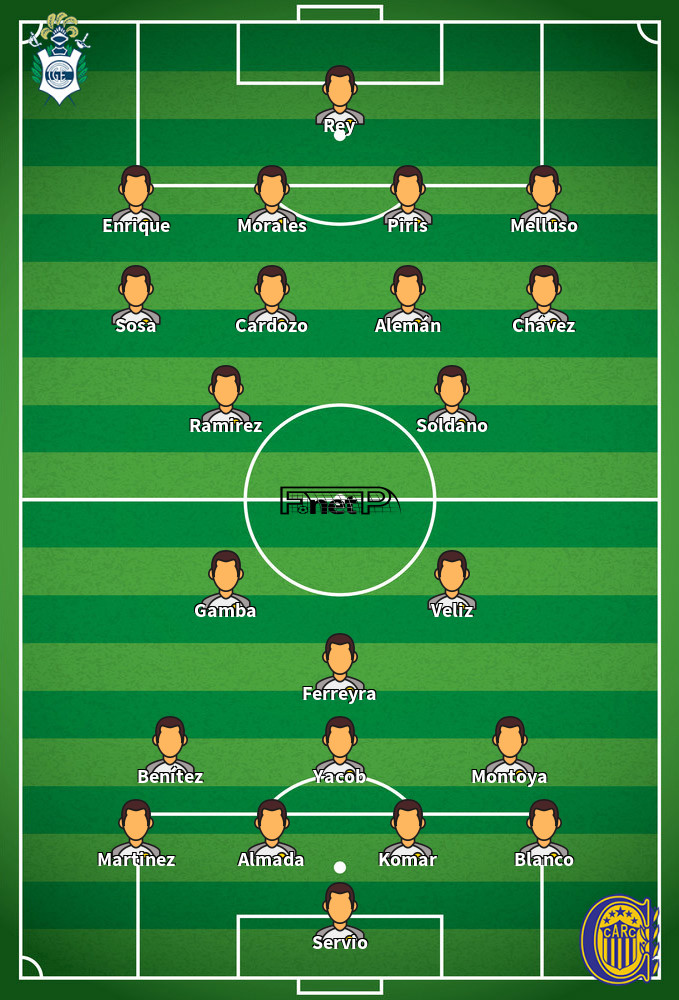 We have made these Rosario Central v Gimna ' Plata predictions for this match preview with the best intentions, but no profits are guaranteed. Please always gamble responsibly, only with money that you can afford to lose. Best of luck with your selections.