Giravanz Kitakyushu will be the visitors at Yamanashi Chuo Bank Stadium on Wednesday for the J2 League tie with home team Ventforet Kofu.

For all of our match predictions, pre-game poll and statistics for Ventforet Kofu v Giravanz Kitakyushu, scroll down (plus the best game odds).

Ventforet Kofu will be hoping to bounce back here after a 0-2 J2 League loss in their previous game against Avispa Fukuoka.

Ventforet Kofu have struggled with their forward play in more recent games. Their ‘goals for’ figure equals just 3 versus opposition teams over the course of their previous six matches. In those games, Kofu have also seen the number of goals that have gone against them come to 6.

In their previous game, Giravanz Kitakyushu drew 0-0 in the J2 League match with Thespa Kusatsu.

Over the course of 5 of the prior 6 clashes featuring Giravanz Kitakyushu, a relatively low number of goals have gone in between them and opposing sides. The overall average number of goals per game during that spell comes to just 1.67, with the number of goals averaged by Giravanz being 0.5. Having said that, it remains to be seen if the trend shall be sustained in this upcoming match.

Going into this one, Giravanz Kitakyushu are without a win away from home in their last 3 league matches.

In an otherwise healthy group, there is only the sole fitness issue for the Giravanz Kitakyushu manager Koichi Hashiratani to be concerned about. Masahiro Teraoka (Fitness) won’t be playing here.

We’re thinking that Giravanz Kitakyushu could find themselves up against it to be putting a goal past this Ventforet Kofu lineup who we reckon should score one, at least.

That’s why we have predicted a hard-fought 1-0 advantage for Ventforet Kofu at the end of this game. 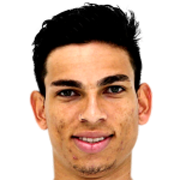 Generally played in the Striker position, Dudu was born in Itanhanhém, Brazil. After making a first senior appearance for Figueirense in the 2014 season, the talented Forward has managed to score 6 league goals in the J2 League 2020 campaign so far in a total of 14 appearances.

We have made these Ventforet Kofu v Giravanz Kitakyushu predictions for this match preview with the best intentions, but no profits are guaranteed. Please always gamble responsibly, only with money that you can afford to lose. Good luck!