Girona FC arrive at The Estadio de la Cerámica on Sunday for the La Liga clash with home side Villarreal.

Scroll down for all of our predictions, poll and stats for the Villarreal v Girona FC game - along with the latest match odds.

Villarreal will be hoping for a better result following the 2-3 Copa del Rey loss in their previous game against Real Madrid.

In that game, Villarreal managed 53% possession and 12 attempts on goal with 3 on target. For Villarreal, the goals were scored by Étienne Capoue (4') and Samuel Chukwueze (42'). For their opponents, Real Madrid had 11 shots at goal with 7 on target. Vinicius Júnior (57'), Éder Militão (70') and Dani Ceballos (86') scored for Real Madrid.

Villarreal have been finding it hard to keep clean sheets lately, although they have also done enough to hit the back of the net themselves. Over their last 6 matches, Villarreal have conceded in 6 of them while also scoring in 6 of those matches.

Going into this encounter, Villarreal are undefeated in their previous 2 home league matches.

Girona FC come into this encounter following a 2-1 La Liga win vs Sevilla in their last outing.

In that match, Girona FC had 46% possession and 19 shots at goal with 7 of them on target. For Girona FC, the goalscorers were Cristhian Stuani (46') and Yangel Herrera (88'). At the other end, Sevilla had 10 attempts on goal with 2 on target. Tanguy Nianzou (13') scored for Sevilla.

Checking on their most recent head to head clashes stretching back to 15/10/2017 shows that Villarreal have won 4 of these games & Girona FC 2, with the tally of drawn matches being 0.

11 goals were scored between the two sides during those clashes, with 7 of them for El Submarino Amarillo and 4 netted by Blanquivermells. That’s an average goals per game figure of 1.83.

Looking at personnel, there is just the sole fitness concern for the Villarreal gaffer Quique Setién to contend with thanks to an otherwise robust squad. Nicolas Jackson (Hip problems) is out of contention.

Thanks to a largely healthy group, there is only the sole fitness worry for the Girona FC gaffer Míchel Sánchez Muñoz to be concerned with. Ibrahima Kébé (Knee Problems) won’t be in action.

We feel that Girona FC would be disappointed if they were not to score against this Villarreal lineup, but that might not be as many as the goals that they could concede.

We are anticipating a close game with a 2-1 winning margin for Villarreal after 90 minutes. There looks to be little in this one. 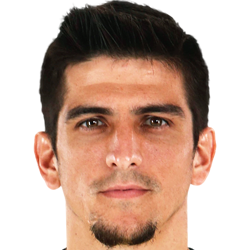 Usually deployed in the Striker position, Gerard Moreno was born in Santa Perpètua de Mogoda, Spain. After having made a senior debut playing for Villarreal CF B in the 2010 - 2011 season, the gifted Forward has scored a sum of 4 league goals in this LaLiga 2022 - 2023 campaign to date coming from a total of 9 appearances.

While we have made these predictions for Villarreal v Girona FC for this match preview with the best of intentions, no profits are guaranteed. Always gamble responsibly, and with what you can afford to lose. Best of luck.