Bordeaux meet the visiting Lyon at Stade Matmut Atlantique in the Ligue 1 fixture on Friday.

Scroll down to see all of the predictions, poll and statistics for Bordeaux v Lyon - as well as up-to-date odds.

Bordeaux will be looking for a repeat result of the 0-2 Ligue 1 success over Angers SCO.

In their past six games, Jean-Louis Gasset's Girondins de Bordeaux have found the net a combined total of 9 times resulting in an average number of goals scored per match equal to 1.5.

Taking a look at their past results, Bordeaux:

Lyon come into this game following on from a 4-1 Ligue 1 win with the eclipse of Dijon in their last outing.

The numbers tell their own story, and Lyon have been scored against in 5 of their last 6 games, seeing their opponents hit 8 goals in all. Defensively, Lyon seem to have a bit of a soft underbelly. Regardless, it remains to be seen if such a trend will be sustained in this next game or not.

Going into this one, Lyon remain undefeated by Girondins de Bordeaux when they've played them away from home in the last 2 matches in the league.

A glance at their prior head-to-head meetings dating back to 19/08/2017 tells us that Bordeaux have won 1 of these games & Lyon 2, with the tally of drawn games standing at 3.

The previous league contest between these clubs was Ligue 1 match day 20 on 11/01/2020 which ended up with the score at Girondins de Bordeaux 1-2 Lyon.

That day, Girondins de Bordeaux had 39% possession and 5 shots on goal with 2 on target. The scorer was Jimmy Briand (15').

Availability isn’t a big problem, with just the lone fitness concern for the Bordeaux gaffer Jean-Louis Gasset to contend with from a near full-strength group of players. Pablo (Cruciate Ligament Rupture) is sidelined.

Due to a fully injury-free squad to choose from, Lyon manager Rudi Garcia has no fitness worries to speak of coming into this match.

We feel that Bordeaux may find it difficult to find the net against this Lyon lineup who we think should gain the upper hand.

We’re therefore anticipating a very competitive game with a 0-1 winning score for Lyon at the conclusion of the game.

Over/Under 2.5 Goals Prediction for Bordeaux vs Lyon
Under 2.5 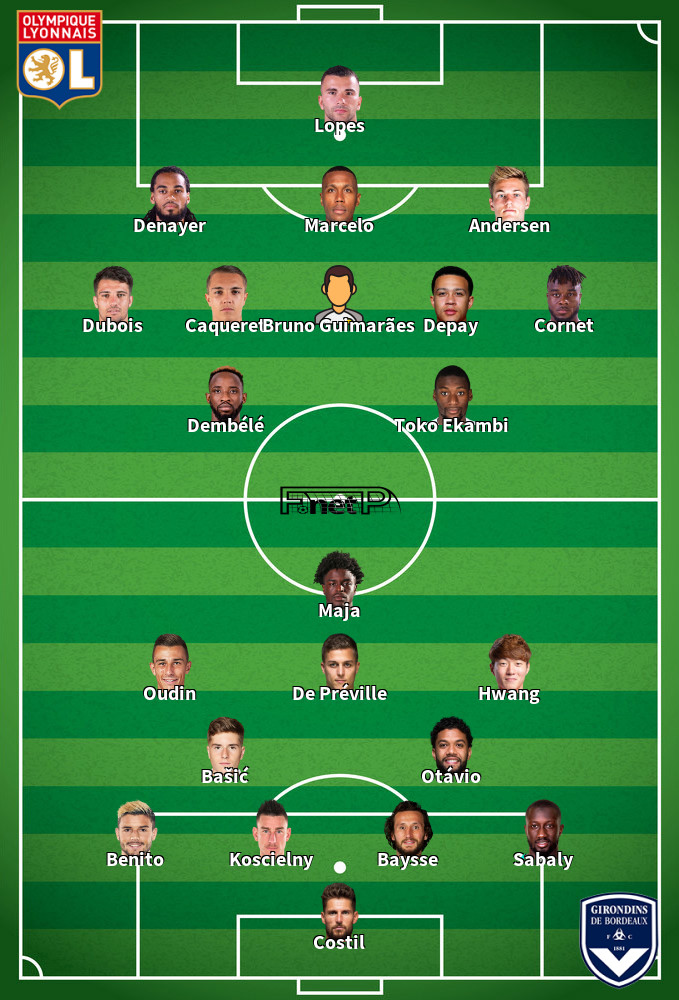 While we have made these predictions for Bordeaux v Lyon for this match preview with the best of intentions, no profits are guaranteed. Always gamble responsibly, and with what you can afford to lose. Best of luck with your selections.