The Eerste Divisie clash at De Adelaarshorst on Sunday sees home side Go Ahead Eagles take on Helmond Sport.

All of our predictions, stats and the user poll for Go Ahead Eagles v Helmond Sport are shown below (plus the best game odds).

Go Ahead Eagles will be looking for a repeat result of the 0-1 Eerste Divisie triumph versus Jong Utrecht.

Their latest results highlight the fact that things are going according to plan in the Go Ahead Eagles rearguard. Trots aan de IJssel have been miserly, with the number of goals that have flown into the back of their net over the course of their last 6 outings standing at 4. Nevertheless, we must now wait to see if that trend will continue on in this upcoming match or not.

Their previous form shows that Go Ahead Eagles:

Helmond Sport come into this game following on from a 1-0 Eerste Divisie win with the eclipse of FC Eindhoven in their last game.

Over the course of their last half-dozen clashes, Helmond Sport have amassed a total of 9 goals. Helmond have also not failed to score on each one of those occasions. During those fixtures, they’ve had 10 goals go into their own net.

A look at their previous results shows us that Helmond Sport:

A review of past results between these clubs going back to 01/09/2017 reveals that these fixtures have ended in disappointment for Helmond Sport. They have not been able to come away with any victories whatsoever while Go Ahead Eagles have been the better of the two, running out winners in 67 per cent of those matches played.

A sum of 14 goals were scored between them in these games, with 10 of them from Trots aan de IJssel and 4 netted by Helmond. The average number of goals per game works out to 2.33.

The previous league match featuring these sides was Eerste Divisie match day 15 on 04/12/2020 when the final score was Helmond Sport 0-2 Go Ahead Eagles.

In this game, Helmond Sport will surely be able to find the net against this Go Ahead Eagles lineup, but that possibly won’t be as many as they’ll concede.

We can see a tight encounter finishing with a 2-1 victory for Go Ahead Eagles by the time that the referee blows the final whistle. Could easily see this go either way. 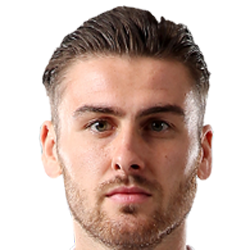 Mostly used in the Striker position, Sam Hendriks was born in Doetinchem, Netherlands. After making a first senior appearance for De Graafschap in the 2012 - 2013 season, the dangerous Forward has struck 7 league goals in this Eerste Divisie 2020 - 2021 season to date coming from a total of 32 appearances.

While we have made these predictions for Go Ahead Eagles v Helmond Sport for this match preview with the best of intentions, no profits are guaranteed. Always gamble responsibly, and with what you can afford to lose. Good luck with your selections.