Gorica head to Stadion Aldo Drosina on Sunday for the Prva Liga clash with hosts Istra.

For all of our match predictions, pre-game poll and statistics for Istra v Gorica, scroll down - plus the latest match odds.

Istra will play in this match following on from a 1-1 Prva Liga drawn result versus Varaždin.

Istra 1961 haven’t made the most of their chances of late. Their sum of goals equals just 3 against opponents during their previous six matches. In those meetings, Verudeži have also seen the number of goals scored against them total 8. Such a pattern might not be sustained here, of course.

Analysis of their past results shows that Istra 1961:

Gorica go into this clash after a 4-2 Prva Liga win in the defeat of Lokomotiva Zagreb in their most recent match.

Looking at their form, and Gorica have been scored against in 5 of their last 6 games, conceding 9 goals overall. Defensively, Gorica have seen their frailties exposed.

Going into this game, the form guide shows that Gorica:

A look at their past head-to-head meetings dating back to 08/11/2019 shows us that Istra have won 0 of them and Gorica 2, with the number of drawn matches standing at 4.

An aggregate of 20 goals were produced between them in these games, with 8 of them from Verudeži and 12 for Gorica. That’s an average goals per game of 3.33.

The match was refereed by Zdenko Lovrić.

In an otherwise available group, there is just the one fitness worry for the Gorica manager Siniša Oreščanin to be concerned with. Joey Suk (Fractured Leg) won’t be playing here.

We feel that over the course of the game, Istra might need a bit of good fortune to be putting a goal past this Gorica lineup who we think should end up scoring and possibly keep a clean sheet as well.

We therefore see a narrow 0-1 winning score for Gorica at the conclusion of the game. 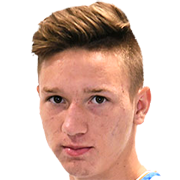 Typically playing in the Left Wing position, Matej Vuk was born in Čakovec, Croatia. After having played his first senior match for Istra 1961 in the 2020 - 2021 season, the talented Forward has netted 5 league goals in this Prva Liga 2020 - 2021 campaign so far in a total of 21 appearances.

While we have made these predictions for Istra v Gorica for this match preview with the best of intentions, no profits are guaranteed. Always gamble responsibly, and with what you can afford to lose.