All Górnik Zabrze v Legia Warsaw game predictions, stats and user poll are shown below including the latest game odds.

Górnik Zabrze will be hoping to bounce back here after the 1-0 Ekstraklasa losing effort in their last game against Radomiak Radom.

In that game, Górnik Zabrze managed 57% possession and 12 shots at goal with 1 of them on target. At the other end, Radomiak Radom had 12 attempts on goal with 2 on target. Dawid Abramowicz (25') was the scorer for Radomiak Radom.

Ahead of this meeting, Górnik Zabrze haven’t won at home in the past 2 matches in the league.

Following on from a loss in their previous game against Stal Mielec in Ekstraklasa competition, Legia Warsaw and their travelling fans will hope for a better result here.

Looking at their form, and Legia Warsaw have been scored against in 6 of their last 6 matches, seeing their opponents hit 17 goals in all. Defensively, Legia Warsaw seem to have a bit of a soft underbelly. We will have to see whether or not that trend will be sustained in this game.

Coming into this meeting, Legia Warsaw are without an away win for the past 4 matches in the league.

A glance at their prior head to head meetings stretching back to 03/11/2018 shows that Górnik Zabrze have won 2 of them and Legia Warsaw 4, with the number of drawn games being 0.

Loads of goals were seen in those games, too - 22 overall which averages out at 3.67 goals per match.

The last league clash between these sides was Ekstraklasa match day 19 on 27/02/2021 which finished with the scoreline of Górnik Zabrze 1-2 Legia Warsaw.

In that game, Górnik Zabrze had 40% possession and 11 attempts on goal with 4 on target. Their only player on the scoresheet was Jesús Jiménez (45').

Legia Warsaw got 5 shots at goal with 4 on target. Bartosz Kapustka (4') and Kacper Kostorz (82') scored.

The Górnik Zabrze boss Jan Urban will be thankful to have no fitness concerns at all coming into this match owing to a fully healthy group to choose from.

Due to a completely healthy group available to select from, the Legia Warsaw boss Czesław Michniewicz doesn’t have any fitness worries at all ahead of this game.

We’ve got the feeling that Górnik Zabrze could find themselves up against it to register a score against this Legia Warsaw team who will likely score at least once to gain the upper hand.

We therefore see a good battle with a 0-1 victory for Legia Warsaw at full-time. 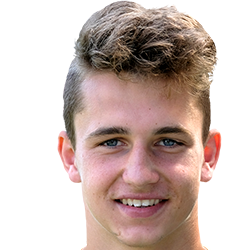 Usually taking up the Centre Midfield position, Krzysztof Kubica was born in Poland. After making a first senior appearance for Górnik Zabrze in the 2020 - 2021 season, the talented Midfielder has netted 3 league goals in the Ekstraklasa 2021 - 2022 campaign to date in a total of 11 appearances.

While we have made these predictions for Górnik Zabrze v Legia Warsaw for this match preview with the best of intentions, no profits are guaranteed. Always gamble responsibly, and with what you can afford to lose. We wish you the best of luck.