Real Betis will do battle with guests Granada at Estadio Benito Villamarín in the La Liga clash on Sunday.

All Real Betis v Granada match predictions, user poll and stats are shown below - as well as the best betting odds.

Real Betis will want to continue from where they left off last time out with the 2-0 La Liga success vs Granada.

Their most recent results really do illustrate the point that it has been a great time for the Real Betis rearguard. Real Betis have given the opposition little, resulting in the tally of goals that have gone in at their end during their previous 6 matches standing at 4.

Indicating their predisposition for action-packed encounters, the back of the net has been hit 22 times in the last 6 matches in which Granada have taken to the field, giving a mean average of 3.67 goals per meeting. Opposing teams have managed 11 from this total. We will have to see if that trend will be sustained here.

Looking over their past head to head meetings dating back to 17/02/2017 shows that Real Betis have won 2 of them & Granada 3, with the number of drawn results being 1.

A combined total of 18 goals were shared by the two clubs in this period, with 7 for Béticos and 11 being from Nazaríes. The average goals per game has been 3.

The previous league encounter featuring these clubs was La Liga match day 4 on 13/09/2021 which ended up with the score at Granada 1-2 Real Betis.

On that day, Granada had 43% possession and 11 shots on goal with 2 of them on target. Their only player to score was Luis Suárez (66').

Almost everyone can be considered, as there’s just one fitness concern for the Real Betis manager Manuel Pellegrini to be concerned about from an otherwise complete group of players. Martín Montoya (Achilles tendon problems) will miss out.

We’re inclined to think that Real Betis will, in all likelihood, get a lot of shots on goal and make them count.

However, Granada are also probably going to find it difficult finding the net themselves although we do reckon that they could well end up managing to get on the scoresheet as well here.

We’re therefore anticipating a 3-1 victory for Real Betis when the full-time whistle blows. 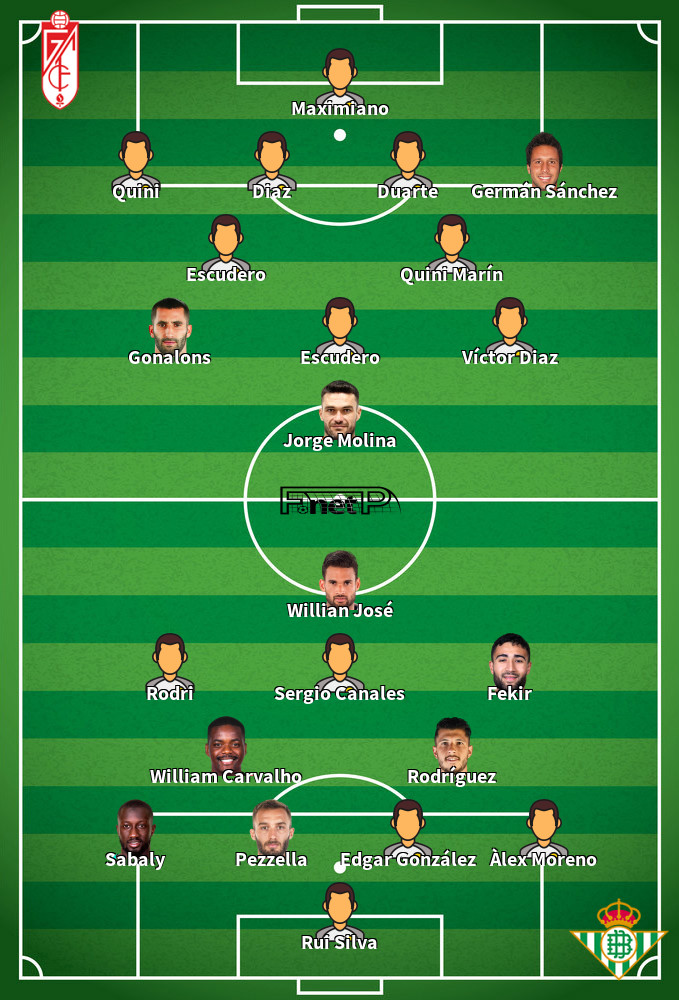