Real Madrid will arrive at Estadio Nuevo Los Cármenes on Sunday for the La Liga clash with home side Granada.

All Granada v Real Madrid match predictions, user poll and stats are shown below including the latest game odds.

Granada will be hoping to bounce back here after a 2-0 La Liga defeat last time out to Espanyol.

In that match, Granada had 57% possession and 17 attempts on goal with 5 on target. For their opponents, Espanyol had 17 shots at goal with 6 of them on target. Adrià Pedrosa (30') and Raúl de Tomás (42') scored for Espanyol.

Under three goals per game were recorded in 5 of the last 6 fixtures where Granada have been participants. In terms of the goal weighting during this period, opposing sides scored a total of 5 while Granada managed a tally of 6. Previous results aside, it remains to be seen if that pattern might be replicated here in this match.

Going into this contest, Granada are winless against Real Madrid in their last 12 league matches.

Real Madrid head into the clash following a 2-1 La Liga win vs Rayo Vallecano in their previous outing.

Their prior results show that Real Madrid:

An examination of their past head to head meetings going back to 07/01/2017 shows that these fixtures have not been happy ones for Granada. They have not managed to get themselves any victories whatsoever while Real Madrid have simply been better than them, winning in 100 per cent of those matches played.

Loads of goals were seen in those games, too - 25 overall which averages out at 4.17 goals per match.

The previous league clash between these clubs was La Liga match day 36 on 13/05/2021 when the final score was Granada 1-4 Real Madrid.

In that game, Granada had 34% possession and 10 attempts on goal with 5 of them on target. Their only player on the scoresheet was Jorge Molina (71').

The Granada boss Robert Moreno doesn’t have any fitness worries at all ahead of this game with a completely healthy squad available to choose from.

Owing to a completely healthy group available for selection, the Real Madrid boss Carlo Ancelotti does not have any fitness concerns whatsoever ahead of this match.

For this match, we think that Granada have the ability to breach the defence of this Real Madrid outfit, although just one goal isn’t likely to prevent them from conceding a couple at the other end.

Our selection here is for a narrow 1-2 advantage for Real Madrid at the end of this one. It’s a very tough call. 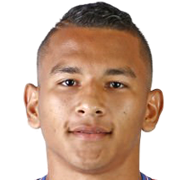 Customarily played in the Striker position, Luis Suárez was born in Santa Marta, Colombia. After having made a senior debut playing for Gimnàstic de Tarragona in the 2018 - 2019 season, the goalscoring Forward has scored a sum of 3 league goals in the LaLiga 2021 - 2022 season so far in 12 appearances.

While we have made these predictions for Granada v Real Madrid for this match preview with the best of intentions, no profits are guaranteed. Always gamble responsibly, and with what you can afford to lose. We wish you the best of luck.