Granada will take to the pitch with visiting rivals Villarreal at Estadio Nuevo Los Cármenes in this La Liga match on Saturday.

Our full set of predictions, statistics and match poll for Granada v Villarreal can be seen below including the latest game odds.

Granada will be wanting a better result here following the 2-1 La Liga loss in their previous game against Valencia.

In that game, Granada managed 51% possession and 15 shots on goal with 3 of them on target. The only player on the scoresheet for Granada was Roberto Soldado (90'). Valencia CF had 18 shots at goal with 9 of them on target. Daniel Wass (4') and Álex Blanco (66') scored for Valencia.

Granada haven’t had any problems with scoring, finding the back of the net in each and every one of their last 6 matches.

They’ve totted up the amount of 8 during that time while also conceding a total of 7. That sort of trend isn’t assured to follow through into this game, however.

A look at their previous results shows us that Granada:

Villarreal go into this encounter following a 2-1 La Liga win over Cádiz in their previous game.

Unai Emery's Villarreal have found the back of the net a total of 10 times throughout their most recent six matches. The aggregate of goals that they have conceded during the equivalent period equals 6.

Going into this contest, Villarreal haven't been defeated by Granada when they've played them away from home in the last 4 league matches. A very good record, indeed.

A look at their past head-to-head meetings stretching back to 30/01/2016 tells us that Granada have won 0 of these & Villarreal 3, with the tally of draws standing at 3.

A combined total of 18 goals were produced between them throughout the course of those matches, with 7 of them for Nazaríes and 11 being from El Submarino Amarillo. This gives an average number of goals per game equal to 3.

The last league match featuring the two was La Liga match day 19 on 20/01/2021 and the score finished Villarreal 2-2 Granada.

In that match, Villarreal managed 68% possession and 8 attempts at goal with 3 of them on target. Goals were scored by Rubén Peña (29') and Moi Gómez (65').

The referee was Valentín Pizarro Gómez.

We’re envisaging that Granada will need to put in a solid display to get anything against this Villarreal side who we reckon will manage to score & go ahead.

We therefore see a very even match with a 0-1 victory for Villarreal at the end of this game. 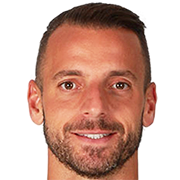 Typically taking up the Striker position, Roberto Soldado was born in Valencia, Spain. After having played his first senior match for Real Madrid in the 2005 - 2006 season, the gifted Forward has hit 6 league goals in this LaLiga 2020 - 2021 campaign to date in a total of 23 appearances.

We have made these Granada v Villarreal predictions for this match preview with the best intentions, but no profits are guaranteed. Please always gamble responsibly, only with money that you can afford to lose. Good luck!