Grazer AK arrive at NV Arena on Friday for the 2. Liga fixture with home side SKN St. Pölten.

SKN St. Pölten, who won their previous game, will hope for a similar result following a 1-3 2. Liga triumph vs FC Juniors OÖ.

Over their past 6 games, Gerald Baumgartner's SKN St. Pölten have hit the target a total of 12 times giving them an average number of goals scored per match of 2.

Grazer AK will come into the encounter following on from a 1-0 2. Liga win with the downing of Floridsdorfer AC in their last fixture.

Gernot Plassnegger's Grazer AK have found the back of the net 11 times in the course of their previous 6 matches. The overall goals that have been scored against them during that same period comes to 8.

Going into this encounter, Grazer AK have not won away from home in their last 2 league games.

There is just the lone fitness concern for the SKN St. Pölten manager Gerald Baumgartner to contend with thanks to an almost full-strength set of players. Lukas Tursch (Cruciate Ligament Rupture) is out of contention.

It seems to us that Grazer AK could really find it hard to score against a SKN St. Pölten lineup who appear set to dominate proceedings.

We’re tipping a commanding 3-0 winning margin for SKN St. Pölten at the end of the game. 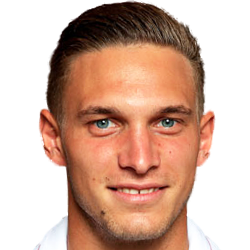 Mostly used in the Striker position, Bernd Gschweidl was born in Stockerau, Austria. Having played his first senior match for SV Horn in the 2013 - 2014 season, the goalscoring Forward has hit 3 league goals in the 2. Liga 2021 - 2022 campaign so far from a total of 10 appearances.

While we have made these predictions for SKN St. Pölten v Grazer AK for this match preview with the best of intentions, no profits are guaranteed. Always gamble responsibly, and with what you can afford to lose.