Grazer AK will be taking on visiting opponents SV Lafnitz at Merkur-Arena in the 2. Liga game on Friday.

Scroll down to see all of the predictions, poll and statistics for Grazer AK v SV Lafnitz (inc. the best betting odds).

Grazer AK won’t want a repeat of their last result here after a 1-3 2. Liga loss in their previous game against Vorwärts Steyr.

The only name on the scoresheet from SV Lafnitz was Martin Rodler (90'). Fabian Schubert (63') scored for FC Blau-Weiss Linz.

SV Lafnitz have been a threat going forward leading up to this encounter, scoring 10 goals in their previous 6 matches. While their manager Philipp Semlic will no doubt take that as a positive sign, Lafnitz have been somewhat leaky at the back, having also been scored against in 5 of those same clashes. We will just have to find out if that trend can be continued on here.

Going into this contest, SV Lafnitz are undefeated in their previous 2 league matches away from home.

There aren’t many personnel worries, with just a single fitness concern for the Grazer AK gaffer Gernot Plassnegger to be concerned with thanks to an otherwise robust squad. Thomas Zündel (Unknown Injury) will miss out.

We’re of the view that SV Lafnitz and Grazer AK should be able to score more than one goal each in what is shaping up to be a fairly even contest.

Shouldn’t be much in it, and there should be goals with a draw being quite a realistic outcome. That’s why we have predicted a very even contest with a 2-2 score at the end of the match. 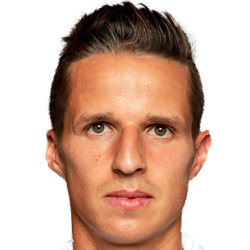 Regularly taking up the Centre Midfield position, Gerald Nutz was born in Austria. Having played his first senior match for KSV 1919 in the 2013 - 2014 season, the accomplished Midfielder has managed to score 5 league goals in this 2. Liga 2019 - 2020 season so far in a total of 29 appearances.

We have made these Grazer AK v SV Lafnitz predictions for this match preview with the best intentions, but no profits are guaranteed. Please always gamble responsibly, only with money that you can afford to lose.