Return to this page a few days before the scheduled game when this expired prediction will be updated with our full preview and tips for the next match between these teams.
Full-Time Result Prediction for Grimsby Town vs Exeter City
Exeter City to Win
Exeter City arrive at Blundell Park on Saturday for the League Two fixture with hosts Grimsby Town.

We’re inclined to think that Grimsby Town will really need to work well to get anything against this Exeter City lineup who we think might get the vital goal that wins it. We therefore see a very even contest with a 0-1 advantage for Exeter City at the end of the 90. There should be little in it. To see all of our predictions, user poll & stats for Grimsby Town v Exeter City, scroll down - as well as up-to-date odds.

Their past results show that Grimsby Town: 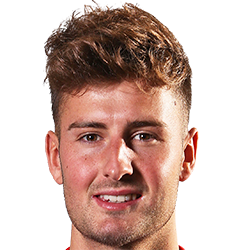 Usually deployed in the Centre Midfield position, Ethan Robson was born in Houghton-le-spring, England. Having made his senior debut playing for Sunderland in the 2017 - 2018 season, the dangerous Midfielder has managed to score 3 league goals in the League Two 2019 - 2020 campaign so far in a total of 16 appearances.

While we have made these predictions for Grimsby Town v Exeter City for this match preview with the best of intentions, no profits are guaranteed. Always gamble responsibly, and with what you can afford to lose. Good luck if you do place a bet today.