Grimsby Town will be at Plainmoor on Saturday for the National League tie with hosts Torquay United.

Our Torquay United v Grimsby Town tips, poll and stats can be seen in full below - plus the latest betting odds.

Torquay United will be looking for another win after the 3-4 National League success against Maidenhead United.

Fixtures with Torquay United have proved to be exciting ones lately with plenty of scoring being the norm. Over their past half dozen games alone, the sum total of 25 goals have been recorded for both sides combined (at an average of 4.17 goals per game) with 11 of those belonging to Torquay United. Previous results aside, it remains to be seen if that trend shall be sustained here in this game.

Grimsby Town head into the clash following a 4-3 National League win over Barnet in their last match.

During their six latest matches, Paul Hurst's Grimsby Town have seen their efforts on goal rewarded 8 times therefore giving them the goals scored per game average of 1.33.

Looking at their past form shows that Grimsby Town:

If we look at their past head to head meetings going back to 19/09/2009, there has been little to separate the clubs with Torquay United winning 2 of those games, Grimsby Town 2 and 2 being draws in regulation time.

A total of 18 goals were scored between them in this period, with 10 from The Gulls and 8 created by The Mariners. This gives an average number of goals per game equal to 3.

The previous league game between these clubs was National League match day 22 on 17/10/2015 which finished with the scoreline of Torquay United 1-1 Grimsby Town.

The match was refereed by Nigel Lugg.

The Torquay United boss Gary Johnson has a full complement, with no fitness concerns at all before this clash owing to a completely injury-free squad ready to go.

With a fully healthy group available for selection, the Grimsby Town manager Paul Hurst has no fitness worries to speak of coming into this clash.

We envisage that Grimsby Town and Torquay United should both be able to score here although it’s hard to pick a clear winner.

It could well end in a draw. We’re therefore tipping a tight encounter with a 1-1 score at the end of the match. 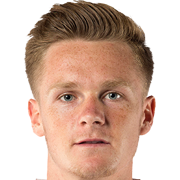 Usually taking to the field in the Centre Midfield position, Armani Little was born in England. After having made a senior debut playing for Torquay United in the 2021 - 2022 season, the skilful Midfielder has accumulated 2 league goals in this National League 2021 - 2022 campaign to date in 4 appearances.

We have made these Torquay United v Grimsby Town predictions for this match preview with the best intentions, but no profits are guaranteed. Please always gamble responsibly, only with money that you can afford to lose. Best of luck.