Woking will be hosting away side Grimsby Town at Kingfield Stadium in this National League meeting on Saturday.

Our tips, poll and stats for Woking v Grimsby Town can all be found here (inc. the best betting odds).

Woking, following on from their previous result, will be hoping for more of the same after the 1-0 National League victory against Dagenham & Redbridge.

The only scorer from Woking was Max Kretzschmar (30').

Matches featuring Woking have usually been entertaining affairs of late with high scoring expected. Over their past half dozen games alone, the sum total of 20 goals have flown in for both sides combined (at an average of 3.33 goals per game) with 14 of these being chalked up by Woking. We will have to find out if that trend will be sustained in this game.

Going into this contest, Woking have not been beaten in their last 2 home league matches.

Grimsby Town will come into the match following on from a 2-3 National League win to beat Altrincham in their last outing.

Over the course of their previous half-dozen clashes, Grimsby Town have bagged a total of 16 goals. Grimsby Town have also managed to score on each one of those occasions. During that period, they’ve seen 7 goals go against them.

Checking on past results between these clubs stretching back to 02/11/2013 reveals that these fixtures have been pretty painful for Woking. They have not managed to register any wins whatsoever while Grimsby Town have been too good for them, winning in 83 per cent of those matches.

There were also goals galore in those games, with 22 in all at an average of 3.67 goals per meeting.

The previous league contest between these sides was National League match day 47 on 19/04/2016 which ended up with the score at Woking 1-3 Grimsby Town.

The Woking boss Alan Dowson will be thankful to have no fitness concerns to speak of coming into this game thanks to a completely injury-free group available to select from.

With a fully healthy squad ready to go, the Grimsby Town boss Paul Hurst doesn’t have any fitness worries to speak of coming into this game. The players ineligible for this match because of suspension are Will Bapaga and Michee Efete.

In this game, Grimsby Town are likely to see a lot of the ball and convert quite a few goal-scoring opportunities.

At the other end, Woking will not find it easy to score themselves but we think it’s quite likely that they will be seeing enough of the ball to score, too.

Our tip is for a pretty comfortable 1-3 winning margin for Grimsby Town after 90 minutes. 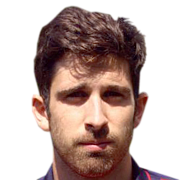 Mostly played in the Central Attacking Midfielder position, Max Kretzschmar was born in England. Having made a first senior appearance for Wycombe Wanderers in the 2013 - 2014 season, the gifted Midfielder has netted 2 league goals in the National League 2021 - 2022 season so far from a total of 4 appearances.

While we have made these predictions for Woking v Grimsby Town for this match preview with the best of intentions, no profits are guaranteed. Always gamble responsibly, and with what you can afford to lose. We wish you the best of luck.