The Eredivisie fixture at Abe Lenstra Stadion on Sunday will see hosts SC Heerenveen ready themselves for the challenge from opponents FC Groningen.

To see all of our predictions, user poll & stats for SC Heerenveen v FC Groningen, scroll down including the latest game odds.

SC Heerenveen won’t want a repeat of their last result here following the 0-2 Eredivisie losing effort in their last game against AZ.

Over their preceding six games, Kees van Wonderen's SC Heerenveen have seen rewards for their attempts on goal a combined total of 6 times, with that being an average number of goals scored per match of 1.

Heading into this contest, SC Heerenveen have not been beaten in the league by FC Groningen in their previous 6 games.

After a losing effort in their last game against Feyenoord in Eredivisie competition, FC Groningen and their travelling fans will hope for a better result here.

Going into this game, the form guide shows that FC Groningen:

An examination of their past head-to-head meetings going back to 14/04/2019 shows that SC Heerenveen have won 2 of these & FC Groningen 0, with the number of drawn results being 4.

A total of 14 goals were scored between them throughout the course of those matches, with 9 for De Superfriezen and 5 for Trots van het Noorden. The average goals per game has been 2.33.

The previous league encounter between the two was Eredivisie match day 29 on 10/04/2022 which ended up with the score at SC Heerenveen 3-1 FC Groningen.

On the other side, FC Groningen had 10 attempts on goal with 4 of them on target. Neraysho Kasanwirjo (29') was the scorer.

Looking at personnel, there is just one fitness concern for the SC Heerenveen boss Kees van Wonderen to be concerned about thanks to an almost full-strength squad. Sven van Beek (Achilles tendon problems) is out of contention.

We believe that FC Groningen must be fancied to breach the defence of this SC Heerenveen outfit, but it may not quite be enough to avoid defeat.

We’re predicting a narrow 2-1 winning margin for SC Heerenveen after 90 minutes. Should be an interesting one. 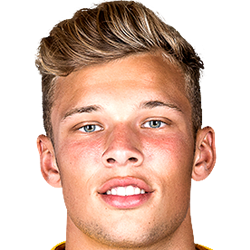 Customarily deployed in the Striker position, Sydney van Hooijdonk was born in Breda, Netherlands. Having played his first senior match for NAC Breda in the 2018 - 2019 season, the goalscoring Forward has scored a sum of 6 league goals in this Eredivisie 2022 - 2023 campaign so far coming from a total of 16 appearances.

We have made these SC Heerenveen v FC Groningen predictions for this match preview with the best intentions, but no profits are guaranteed. Please always gamble responsibly, only with money that you can afford to lose. Good luck!