The Eredivisie game at Sparta Stadion Het Kasteel on Saturday sees home side Sparta Rotterdam go up against FC Groningen.

For all of our match predictions, pre-game poll and statistics for Sparta Rotterdam v FC Groningen, scroll down (including the best match odds).

Sparta Rotterdam enter this match following on from a 0-0 Eredivisie tied result vs FC Groningen.

An interesting aspect of recent Sparta Rotterdam games is the high number of scores with a nil in them.

Taking their previous 6 matches before this one, in 5 of them a bet on BTTS would've lost.

Going into this encounter, Sparta Rotterdam haven't been beaten in the league by FC Groningen in their previous 3 matches.

Frank Wormuth's FC Groningen have found the back of the net 6 times in the course of their previous 6 matches. The aggregate of goals that have been scored against them during those same matches adds up to 10.

A look at their prior head-to-head meetings dating back to 20/10/2019 tells us that Sparta Rotterdam have won 2 of these games and FC Groningen 3, with the tally of drawn results being 1.

A combined sum of 18 goals were shared by the two clubs in this period, with 8 of them for Kasteelheren and 10 being from Trots van het Noorden. This gives an average number of goals per game equal to 3.

The previous league match between the two was Eredivisie match day 32 on 07/05/2022 when the final score was FC Groningen 1-2 Sparta Rotterdam.

In that game, FC Groningen had 65% possession and 17 attempts on goal with 5 of them on target. Their only player on the scoresheet was Bjorn Meijer (77').

Sparta Rotterdam got 9 attempts at goal with 3 of them on target. Arno Verschueren (20') and Lennart Thy (57') scored.

FC Groningen boss Frank Wormuth has not got a full squad to pick from. Jan Hoekstra (Shoulder Injury) and Nordin Musampa (Unknown Injury) are not ready for selection. Cyril Ngonge will not be able to play in this game through being suspended.

Our feeling is that FC Groningen may well find it hard to breach the defence of this Sparta Rotterdam outfit who we think will get a goal themselves and run out victorious.

We’ve gone for a very even contest with a 1-0 winning score for Sparta Rotterdam at the end of the 90. 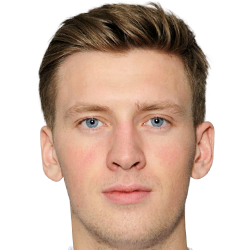 Customarily taking to the field in the Striker position, Tobias Lauritsen was born in Norway. Having made his senior debut playing for ODD Grenland in the 2018 season, the skilful Forward has accumulated 3 league goals in the Eredivisie 2022 - 2023 campaign so far in a total of 6 appearances.

While we have made these predictions for Sparta Rotterdam v FC Groningen for this match preview with the best of intentions, no profits are guaranteed. Always gamble responsibly, and with what you can afford to lose. Best of luck with your selections.