Gyírmót host the visiting Paksi SE at Alcufer Stadion in this Nemzeti Bajnokság I match on Saturday.

All Gyírmót v Paksi SE game predictions, stats and user poll are shown below including the latest game odds.

Gyírmót will be looking for a repeat result of the 1-3 Nemzeti Bajnokság I triumph over Újpest FC.

It’s been a rare occasion in recent games that Gyírmót have managed to hold out for a full 90 minutes. In fact, Gyírmót have failed to prevent opponents from scoring in 5 of their previous 6 games, leaking 12 goals during that time.

Coming into this fixture, Gyírmót are without a win at home for the past 8 matches in the league. Something needs to change.

After being defeated in their last game at the hands of Ferencvárosi TC in Nemzeti Bajnokság I action, Paksi SE and their fans will hope to get a better result this time.

Paksi SE have seen success in front of goal of late, scoring 15 goals in their last 6 matches. Having said that, Paksi SE have been somewhat leaky at the back, having also been scored against in 6 of those same clashes. That sort of trend might not be sustained here, of course.

The previous league encounter featuring these sides was Nemzeti Bajnokság I match day 31 on 13/05/2017 and the score finished Paksi SE 3-0 Gyírmót.

The referee was Tamás Bognár.

The Gyírmót boss Aurél Csertői does not have any fitness worries whatsoever coming into this clash thanks to a fully healthy group to choose from.

Thanks to a completely healthy group available for selection, the Paksi SE manager György Bognár doesn’t have any fitness worries at all ahead of this clash.

Our thinking is that Gyírmót certainly have the ability to put a goal past this Paksi SE team, however a single goal possibly won’t be enough to avoid defeat.

We therefore reckon that it will be a very close game with a 1-2 advantage for Paksi SE at full-time. Looking forward to seeing how this one unfolds. 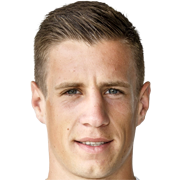 Regularly taking up the Striker position, Barnabás Varga was born in Szombathely, Hungary. After having played his first senior match for SV Mattersburg in the 2016 - 2017 season, the talented Forward has hit 4 league goals in this Nemzeti Bajnokság I 2021 - 2022 campaign so far in a total of 8 appearances.

We have made these Gyírmót v Paksi SE predictions for this match preview with the best intentions, but no profits are guaranteed. Please always gamble responsibly, only with money that you can afford to lose. Best of luck with your selections.