The National League fixture at The Shay Stadium on Tuesday sees home side Halifax take on Hartlepool United.

All of our predictions, stats and the user poll for Halifax v Hartlepool United are shown below - as well as the best betting odds.

Halifax enter this match coming off the back of a 1-1 National League drawn game against King's Lynn Town.

Alex Kiwomya (38') was the scorer for King's Lynn Town.

Matches featuring Halifax have proved to be lively affairs of late with a lot of goalmouth action the rule rather than the exception. Over their past six games alone, a grand total of 22 goals have been scored for both teams combined (at an average of 3.67 goals per game) with 12 of these accredited to The Shaymen.

Heading into this fixture, Halifax are unbeaten in their previous 3 home league matches.

Hartlepool United will go into this encounter after a 3-1 National League win in the defeat of Wealdstone in their last game.

Dave Challinor's Hartlepool United have had reason to celebrate scoring a total of 13 times throughout their latest 6 matches. The total of goals that have been scored against them during those same clashes adds up to 5.

A review of their past head to head clashes going back to 21/11/2017 shows us that Halifax have won 2 of these and Hartlepool United 4, with the tally of drawn games being 0.

A sum of 18 goals were scored between the two sides during those clashes, with 7 from The Shaymen and 11 created by The Pool. This gives an average number of goals per game equal to 3.

The last league clash featuring these sides was National League match day 16 on 26/12/2020 which ended up with the score at Hartlepool United 3-1 Halifax.

The match was refereed by Andrew Kitchen.

Halifax boss Pete Wild has zero fitness worries at all ahead of this match owing to a completely injury-free squad to choose from. Neill Byrne will not be able to play in this game through being suspended.

Thanks to a fully healthy squad to choose from, Hartlepool United boss Dave Challinor does not have any fitness concerns whatsoever before this match.

Our assessment is that Hartlepool United and Halifax won’t have much between them here, and goals could be hard to come by.

Let’s see how this one goes, but it looks this could be a game with minimal goal-scoring opportunities. That’s why our selection here is for a tight encounter with a 0-0 scoreline at full-time. 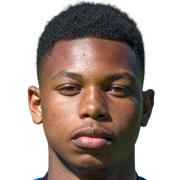 Customarily taking to the field in the Striker position, Nyal Bell was born in Manchester, England. Having played his first senior match for Rochdale in the 2014 - 2015 season, the gifted Forward has bagged 3 league goals in the National League 2020 - 2021 season so far coming from a total of 9 appearances.

We have made these Halifax v Hartlepool United predictions for this match preview with the best intentions, but no profits are guaranteed. Please always gamble responsibly, only with money that you can afford to lose. We wish you the best of luck.