Halifax arrive at Plainmoor on Saturday for the National League tie with hosts Torquay United.

Our full set of predictions, statistics and match poll for Torquay United v Halifax can be seen below (including the best match odds).

Torquay United won’t want a repeat of their last result here after the 1-0 National League losing effort in their last game against Aldershot Town.

Lewis Kinsella (85') was the scorer for Aldershot Town.

Going into this contest, Torquay United are undefeated in their previous 4 league matches at home.

Following on from a loss in their previous game against Wrexham in National League action, Halifax will be aiming to make amends here.

A run of resolute displays from the Halifax defenders has resulted in their ‘goals against’ tally amounting to 4 from their past 6 clashes overall. During the same time, their forwards have scored 7. However, we must now wait to see whether the trend shall continue on here in this match or not.

Going into this encounter, Halifax haven't been defeated in their previous 2 away league matches.

Looking at their prior head-to-head meetings going back to 21/10/2017 shows that Torquay United have won 4 of these and Halifax 1, with the tally of draws being 1.

A combined total of 18 goals were scored between the two sides in this period, with 11 of them from The Gulls and 7 belonging to The Shaymen. The average number of goals per game works out to 3.

The previous league game between these clubs was National League match day 26 on 20/02/2021 when it finished Torquay United 2-3 Halifax.

The referee was Steven Copeland.

The Torquay United boss Gary Johnson will be grateful to have no fitness concerns at all before this game with a fully healthy squad available for selection.

Thanks to a fully healthy group available for selection, the Halifax boss Pete Wild does not have any fitness worries to report ahead of this match.

We think that Halifax may find it difficult to hit the back of the net against this Torquay United lineup who we think will likely gain the upper hand.

We therefore think that it’s going to be a highly competitive game with a 1-0 win for Torquay United when the full-time whistle blows. 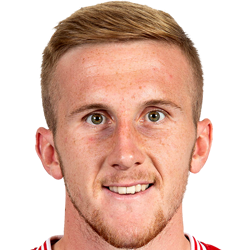 Regularly playing in the Centre Midfield position, Connor Lemonheigh-Evans was born in Llanelli, Wales. Having played his first senior match for Torquay United in the 2021 - 2022 season, the accomplished Midfielder has netted 3 league goals in this National League 2021 - 2022 season to date from a total of 11 appearances.

We have made these Torquay United v Halifax predictions for this match preview with the best intentions, but no profits are guaranteed. Please always gamble responsibly, only with money that you can afford to lose.