Meppen will take to the pitch with visiting rivals Hallescher at Hänsch-Arena in this 3rd Liga tie on Friday.

Our Meppen v Hallescher predictions, statistics and match poll can be seen below (including the best match odds).

Meppen, who won their previous game, will hope for a similar result following a 3-2 3rd Liga victory versus Unterhaching.

It’s been all too rare in recent times that Meppen have managed to hold out for a full 90 minutes. The facts show that Meppen have been scored against in 5 of their previous 6 clashes, shipping 9 goals on the way. We will have to see whether or not that trend will end up being continued on in this game.

In their previous fixture, Hallescher drew 2-2 in the 3rd Liga tie with Zwickau.

During their six latest matches, Florian Schnorrenberg's Hallescher have seen their goal attempts be successful 5 times thus yielding them a goals scored per game average of 0.83.

A quick look at their past head to head meetings going back to 08/04/2018 reveals that these fixtures have ended in disappointment for Meppen. They have not been able to get any wins whatsoever while Hallescher have been too good for them, getting wins in 67 per cent of those matches.

There were also goals galore in those games, with 25 overall which averages out at 4.17 goals per meeting.

The last league match featuring these sides was 3rd Liga match day 6 on 21/10/2020 when it finished Hallescher 4-1 Meppen.

The match was refereed by Martin Speckner.

Hallescher boss Florian Schnorrenberg has to choose a team with limited availability. Julian Guttau (Toothache), Anthony Syhre (Fitness), Toni Lindenhahn (Knee Problems), Sven Müller (Torn muscle bundle) and Tobias Schilk (Fitness) will not be playing here. Niklas Landgraf will not be able to play in this game through being suspended.

Here, we’re thinking that Meppen will need to push hard to be putting a goal past this Hallescher team who we think will win and very possibly keep a clean sheet.

We’re therefore seeing a hard-fought contest, finishing with a 0-1 advantage for Hallescher at the end of this one. 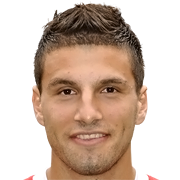 Generally played in the Left Attacking Midfielder position, Valdet Rama was born in Mitrovica, Kosovo. Having made his senior debut playing for Ingolstadt in the 2008 - 2009 season, the talented Midfielder has scored 3 league goals in the 3. Liga 2020 - 2021 season so far from a total of 16 appearances.

While we have made these predictions for Meppen v Hallescher for this match preview with the best of intentions, no profits are guaranteed. Always gamble responsibly, and with what you can afford to lose. Good luck if you do place a bet today.