Hallescher journey to Sportpark Höhenberg on Sunday for the 3rd Liga showdown with hosts Viktoria Cologne.

All of our predictions, stats and the user poll for Viktoria Cologne v Hallescher are shown below - along with the latest match odds.

Viktoria Cologne will be hoping to bounce back here following a 4-0 3rd Liga defeat in their last game at the hands of Meppen.

Olaf Janßen's Viktoria Cologne have hit the target 6 times in their past six outings. The comparative tally of goals that have been scored against them in those same games amounts to 7.

After a loss in their previous game against Borussia Dortmund II in 3rd Liga competition, Hallescher will be aiming to make amends here.

The only player to score from Hallescher was Terrence Boyd (53'). Immanuel Pherai (30', 63') scored for Borussia Dortmund II.

Hallescher have been good when going forward in their most recent fixtures, scoring 7 goals in their last 6 matches. While their manager Florian Schnorrenberg will no doubt take that as a positive sign, Hallescher have been somewhat leaky at the back, having also been scored against in 5 of those same clashes.

The previous league clash featuring the two was 3rd Liga match day 32 on 17/04/2021 which finished with the scoreline of Viktoria Cologne 2-0 Hallescher.

The referee was Steven Greif.

The Viktoria Cologne boss Olaf Janßen has a full complement, with no fitness worries at all before this match thanks to a fully injury-free squad available for selection.

Owing to a completely injury-free squad ready to go, the Hallescher boss Florian Schnorrenberg has no fitness worries at all before this match.

In our opinion, Hallescher must be fancied to score against this Viktoria Cologne outfit, but it might not quite be as many as they’ll concede.

We’re tipping a 2-1 win for Viktoria Cologne after the 90. Looking forward to this. 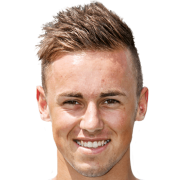 Usually taking to the field in the Left Attacking Midfielder position, Simon Handle was born in Germany. Having made his senior debut playing for SV Scholz Grödig in the 2012 - 2013 season, the talented Midfielder has managed 5 league goals in this 3. Liga 2021 - 2022 campaign to date in 16 appearances.

We have made these Viktoria Cologne v Hallescher predictions for this match preview with the best intentions, but no profits are guaranteed. Please always gamble responsibly, only with money that you can afford to lose. We wish you the best of luck.