Halmstads BK will arrive at Gamla Ullevi on Sunday for the Allsvenskan game with home team IFK Göteborg.

To see all of our predictions, user poll & stats for IFK Göteborg v Halmstads BK, scroll down - plus the latest betting odds.

IFK Göteborg will be looking for an improved result here after the 3-2 Allsvenskan loss in their previous game against BK Häcken.

At least three goals per match were seen in 5 of the past 6 meetings where IFK Göteborg have taken part. Opposition teams scored 9 times in this period while IFK Göteborg totted up 10.

After tasting defeat last time out to Varbergs BoIS in Allsvenskan competition, Halmstads BK and their travelling fans will hope for a better result here.

A run of hard-working showings by the Halmstads BK defensive players has seen the number of goals they’ve conceded amounting to 4 from their previous 6 fixtures in total. In that period, the number of goals that they have scored themselves is 6. We will find out whether or not that trend will be sustained into this next match.

Analysis of their past results shows that Halmstads BK:

Inspecting their prior head-to-head meetings going back to 24/05/2015 shows that IFK Göteborg have won 3 of them and Halmstads BK 0, with the tally of drawn results being 3.

A combined sum of 15 goals were produced between them during those clashes, with 10 from Blåvitt and 5 netted by HBK. This gives an average number of goals per game equal to 2.5.

We feel that over the course of the game, Halmstads BK will do well to put one past this IFK Göteborg lineup who will likely manage to score & go ahead.

We therefore think that it’s going to be a very even match with a 1-0 win for IFK Göteborg after 90 minutes. 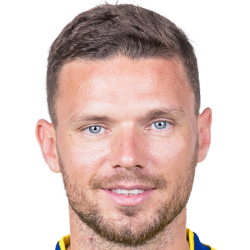 Typically deployed in the Striker position, Marcus Berg was born in Sweden. After having played his first senior match for IFK Göteborg in the 2005 season, the gifted Forward has scored a sum of 4 league goals in the Allsvenskan 2021 campaign so far in a total of 7 appearances.

While we have made these predictions for IFK Göteborg v Halmstads BK for this match preview with the best of intentions, no profits are guaranteed. Always gamble responsibly, and with what you can afford to lose. We wish you the best of luck.