ODD Grenland face off with the visiting Hamarkameratene at Skagerak Arena in the Eliteserien game on Saturday.

All of our predictions, stats and the user poll for ODD Grenland v Hamarkameratene are shown below - as well as up-to-date odds.

ODD Grenland go into this game following a 0-0 Eliteserien tied result versus Hamarkameratene.

Fixtures involving ODD Grenland have proved to be engaging affairs of late with plenty of scoring the rule rather than the exception. Over their past six games, a grand total of 22 goals have flown in for both teams combined (at an average of 3.67 goals per game) with 9 of these belonging to ODD Grenland.

Ahead of this clash, ODD Grenland are unbeaten in their last 2 league matches at home.

Going into this contest, Hamarkameratene are without a win away from home in their last 5 matches in the league.

Looking at the statistics for their head to head meetings stretching back to 30/10/2004, there is nothing to separate the two clubs with ODD Grenland winning 2 of those games, Hamarkameratene 2 and 2 being drawn after 90 minutes of play.

A total of 20 goals were shared by the two clubs in these games, with 10 of them from Oddrane and 10 for Kamma. That’s an average goals per game figure of 3.33.

The previous league clash featuring these clubs was Eliteserien match day 9 on 28/05/2022 which finished with the scoreline of Hamarkameratene 1-2 ODD Grenland.

That day, Hamarkameratene had 37% possession and 8 shots at goal with 1 on target. Their only player on the scoresheet was Vegard Kongsro (46').

The ODD Grenland boss Pål Arne Johansen will be thankful to have no fitness concerns at all coming into this game thanks to a fully injury-free group ready to go.

Out of a mainly available squad, there is only the sole fitness issue for the Hamarkameratene manager Jakob Michelsen to be concerned about. Julian Dunn (Knee Injury) won’t be playing here. Kobe Hernández-Foster cannot play in this game through suspension.

For this match, we think that Hamarkameratene should get enough chances to find the back of the net against this ODD Grenland outfit, although it might not be as many as they’ll concede.

We reckon that it will be both teams to score in a 2-1 winning score for ODD Grenland after the 90. Let’s just see how this one goes. 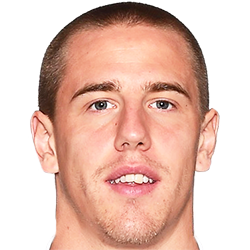 Regularly used in the Central Attacking Midfielder position, Milan Jevtović was born in Čačak, Serbia. After having played his first senior match for Borac Čačak in the 2012 - 2013 season, the accomplished Midfielder has bagged 7 league goals in the Eliteserien 2022 campaign to date in a total of 22 appearances.

While we have made these predictions for ODD Grenland v Hamarkameratene for this match preview with the best of intentions, no profits are guaranteed. Always gamble responsibly, and with what you can afford to lose. Good luck if you do place a bet today.