Hamburg come up against visiting opponents Karlsruhe at Volksparkstadion in this Bundesliga 2 fixture on Thursday.

Our predictions, user poll and statistics for Hamburg v Karlsruhe can be found here (plus the best game odds).

Hamburg will play in this fixture coming off the back of a 1-1 Bundesliga 2 drawn result vs Regensburg.

Hamburg haven’t been able to stop scoring goals, finding the back of the net every time they’ve gone out to play in their last 6 matches.

They’ve hit an aggregate of 10 during that time while also conceding a total of 8.

Going into this contest, Hamburg haven't been beaten in the league by Karlsruhe in their last 3 games.

In their last fixture, Karlsruhe drew 0-0 in the Bundesliga 2 tie with Erzgebirge Aue.

The attacking players from Karlsruhe have been starved of goals in their past 6 games, recording the disappointing return of just 4. In those fixtures, Karlsruhe have also seen the collective goal aggregate of opposing teams equal 5. Despite that, we must now wait to see whether that trend will be maintained in this match or not.

Coming into this contest, Karlsruhe have not been beaten in their last 6 league matches away from home.

A look at their most recent head to head meetings stretching back to 19/08/2012 shows us that Hamburg have won 4 of these and Karlsruhe 1, with the number of drawn matches being 1.

Loads of goals were seen in those games, too - 22 in all which averages out at 3.67 goals per meeting.

The previous league fixture featuring these sides was Bundesliga 2 match day 13 on 21/12/2020 and the score finished Karlsruhe 1-2 Hamburg.

Jeremy Dudziak (Influenza) and Stephan Ambrosius (Cruciate Ligament Rupture) aren’t available for Hamburg gaffer Daniel Thioune. Moritz Heyer will not be able to play in this game through being suspended.

Our feeling is that Karlsruhe are likely to find the net against this Hamburg team, although that possibly won’t quite be enough to avoid a loss.

We are anticipating a tight encounter finishing with a 2-1 winning margin for Hamburg after 90 minutes. Looking forward to seeing how this one unfolds. 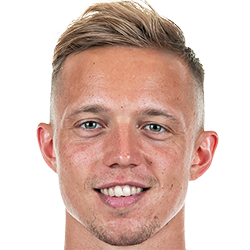 Generally taking to the field in the Left Attacking Midfielder position, Sonny Kittel was born in Gießen, Germany. Having played his first senior match for Eintracht Frankfurt in the 2010 - 2011 season, the skilful Midfielder has managed to score 5 league goals in this Bundesliga 2 2020 - 2021 season so far coming from a total of 26 appearances.

We have made these Hamburg v Karlsruhe predictions for this match preview with the best intentions, but no profits are guaranteed. Please always gamble responsibly, only with money that you can afford to lose.