VfL Bochum are the guests at Volksparkstadion on Sunday for the Bundesliga 2 meeting with home team Hamburg.

To see all of our predictions, user poll & stats for Hamburg v VfL Bochum, scroll down including the latest game odds.

Hamburg prepare for this fixture following on from a 1-1 Bundesliga 2 draw against Holstein Kiel.

The only player to score from Hamburg was Moritz Heyer (43'). Joshua Mees (91') scored for Holstein Kiel.

Matches featuring Hamburg have proved to be absorbing affairs recently with high scoring anticipated. Over their past six games alone, the sum total of 21 goals have been recorded for both sides combined (at an average of 3.5 goals per game) with 14 of those belonging to Hamburg. Such a trend isn’t assured to be continued into this next game, though.

Looking at their past form shows that Hamburg:

After a losing effort in their last game against Greuther Furth in Bundesliga 2 action, VfL Bochum and their travelling fans will hope for a better result here.

During their six previous matches, Thomas Reis's VfL Bochum have seen their goal attempts be successful 7 times therefore earning them the goals per game average of 1.17.

Going into this encounter, VfL Bochum have not won against Hamburg when they have played them away from home in the previous 2 matches in the league.

Looking at their past head to head meetings going back to 22/11/2009 shows us that Hamburg have won 3 of these & VfL Bochum 1, with the tally of drawn matches standing at 2.

A sum of 9 goals were shared by the two clubs in this period, with 6 for Hamburg and 3 netted by Bochum. That is an average goals per game value of 1.5.

The last league contest featuring these sides was Bundesliga 2 match day 20 on 03/02/2020 which ended up with the score at VfL Bochum 1-3 Hamburg.

In an otherwise available group of players, there is just a single fitness problem for the VfL Bochum boss Thomas Reis to contend with. Saulo Decarli (Infection) misses out for this game.

It’s looking like VfL Bochum may well find it hard to find the back of the net against a Hamburg lineup who look likely to boss this game in attack, midfield and defence.

We are anticipating a very comprehensive 3-0 win for Hamburg at the end of this one. 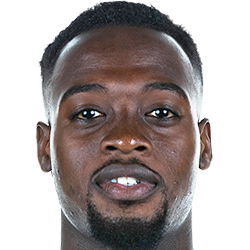 Regularly taking up the Right Attacking Midfielder position, Khaled Narey was born in Germany. After having played his first senior match for Borussia Dortmund II in the 2014 - 2015 season, the talented Midfielder has managed to score 2 league goals in the Bundesliga 2 2020 - 2021 season so far from a total of 7 appearances.

We have made these Hamburg v VfL Bochum predictions for this match preview with the best intentions, but no profits are guaranteed. Please always gamble responsibly, only with money that you can afford to lose. Good luck!