Hannover line up against visiting opponents Darmstadt at HDI-Arena in this Bundesliga 2 tie on Friday.

Our tips, poll and stats for Hannover v Darmstadt can all be found here - as well as up-to-date odds.

Hannover will be looking for an improved result here after a 4-2 Bundesliga 2 loss in their previous game against SV Sandhausen.

Hannover have been on a persistent run of goalscoring form, hitting the target in each and every one of their last 6 games.

They have totted up the amount of 13 during that period while also conceding a total of 17.

Darmstadt will go into this match after a 3-1 Bundesliga 2 win with the eclipse of VfL Bochum in their last fixture.

In that game, Darmstadt managed 35% possession and 12 shots on goal with 6 on target. For Darmstadt, goals were scored by Christian Clemens (79') and Serdar Dursun (81', 86'). VfL Bochum got 8 attempts at goal with 2 of them on target. Robert Tesche (74') scored for VfL Bochum.

Darmstadt have been dangerous up front in their most recent fixtures, having scored 12 times in their previous 6 matches. Having said that, Darmstadt have been somewhat leaky at the back, having also been scored against in 6 of those same matches. We will just have to see if that trend can be sustained here.

Coming into this clash, Darmstadt have not been beaten in their last 4 league matches away from home.

An examination of their past head to head meetings going back to 15/08/2015 shows us that Hannover have won 1 of these games and Darmstadt 4, with the number of draws being 1.

An aggregate of 21 goals were scored between them throughout the course of those matches, with 9 for Hannover and 12 belonging to Darmstadt. That’s an average goals per game figure of 3.5.

The previous league game between the two was Bundesliga 2 match day 15 on 10/01/2021 when the final score was Darmstadt 1-2 Hannover.

We feel that Darmstadt have the capability to score against this Hannover lineup, however it is unlikely to be as many as they’ll concede.

Our selection here is for a close game with a 2-1 winning margin for Hannover by the conclusion of the game. It really should be an interesting one. 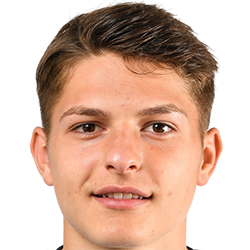 Regularly used in the Left Attacking Midfielder position, Florent Muslija was born in Achern, Germany. After making a first senior appearance for Karlsruhe in the 2016 - 2017 season, the talented Midfielder has managed 5 league goals in this Bundesliga 2 2020 - 2021 campaign so far in 22 appearances.

We have made these Hannover v Darmstadt predictions for this match preview with the best intentions, but no profits are guaranteed. Please always gamble responsibly, only with money that you can afford to lose. We wish you the best of luck.