VfL Osnabrück will take to the pitch with visiting club Hannover 96 at Stadion an der Bremer Brücke in this Bundesliga 2 match on Saturday. Our tips, poll and stats for VfL Osnabrück v Hannover 96 can all be found here - plus the latest betting odds.

It’s been seldom in recent games where VfL Osnabrück have shown defensive steel. It will be a concern for them that Osnabrück have seen their defence breached in 5 of their previous 6 clashes, shipping 12 goals on the way. That kind of pattern won’t necessarily be carried forward into this next game, though.

Going into this game, the form guide shows that VfL Osnabrück:

Hannover 96 head into the encounter following on from a 0-3 Bundesliga 2 win as they beat 1. FC Nürnberg in their most recent match. For Hannover 96, goals were scored by Timo Hübers (18'), Linton Maina (27') and Hendrik Weydandt (90').

The stats don’t lie, and Hannover 96 have been scored against in 5 of their last 6 matches, letting opponents get 6 goals overall. In defence, Die Roten can certainly do much better. Such a pattern isn’t assured to follow through into this match, though.

The previous league meeting between the two was Bundesliga 2 match day 10 on 20/10/2019 and the score finished Hannover 96 0-0 VfL Osnabrück. The referee was Florian Badstübner.

Thanks to a fully healthy group ready to go, Hannover 96 boss Kenan Kocak does not have any fitness concerns to speak of coming into this game.

We feel that Hannover 96 and VfL Osnabrück could well cancel each other out, with goals at a real premium. Let’s see how it plays out, but a draw with few scoring chances is looking likely to us. With that in mind, we reckon that it will be a very competitive game with a 0-0 scoreline by the conclusion of this game. 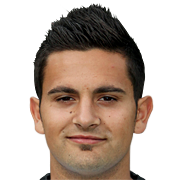 Usually used in the Striker position, Marcos Álvarez was born in Gelnhausen, Germany. Having played his first senior match for Eintracht Frankfurt in the 2009 - 2010 season, the skilful Forward has bagged 11 league goals in this Bundesliga 2 2019 - 2020 season so far in a total of 25 appearances.

While we have made these predictions for VfL Osnabrück v Hannover 96 for this match preview with the best of intentions, no profits are guaranteed. Always gamble responsibly, and with what you can afford to lose. Good luck!