Hansa Rostock head to Holstein-Stadion on Saturday for the Bundesliga 2 clash with home side Holstein Kiel.

View all Holstein Kiel v Hansa Rostock tips, stats and our pre-match poll below - as well as up-to-date odds.

Holstein Kiel go into this game after a 0-0 Bundesliga 2 tied result against Hansa Rostock.

Heading into this fixture, Holstein Kiel are unbeaten in the league by Hansa Rostock in their last 2 matches.

Heading into this fixture, Hansa Rostock have not won away from home in their last 3 league games.

A glance at their prior head to head clashes stretching back to 06/08/2014 shows that Holstein Kiel have won 4 of these games & Hansa Rostock 1, with the tally of drawn games standing at 1.

A total of 15 goals were produced between them in these games, with 12 of them from Holstein Kiel and 3 netted by Hansa. This gives an average number of goals per game equal to 2.5.

The previous league fixture featuring these sides was 3rd Liga match day 36 on 06/05/2017 which finished with the scoreline of Holstein Kiel 2-1 Hansa Rostock.

In this match, Hansa Rostock have enough to score a goal against this Holstein Kiel outfit, however that might not quite be as many as the goals that they could concede.

We are anticipating a close game with a 2-1 win for Holstein Kiel when all is said and done. Looking forward to this. 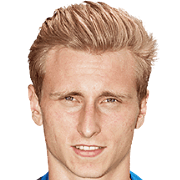 Generally played in the Left Wing position, Joshua Mees was born in Lebach, Germany. Having made a first senior appearance for Regensburg in the 2017 - 2018 season, the skilful Forward has hit 3 league goals in this 2. Bundesliga 2021 - 2022 campaign to date coming from a total of 8 appearances.

While we have made these predictions for Holstein Kiel v Hansa Rostock for this match preview with the best of intentions, no profits are guaranteed. Always gamble responsibly, and with what you can afford to lose. Good luck with your selections.