Our Swindon Town v Harrogate Town tips, poll and stats can be seen in full below - as well as the best betting odds.

Swindon Town are hoping to win again after their last result, the 3-1 League Two success versus Hartlepool United.

Harrogate Town will go into the clash after a 0-2 League Two win versus Carlisle United in their last fixture.

For Harrogate Town, goals were scored by George Thomson (45') and Alex Pattison (78').

The stats don’t lie, and Harrogate Town have been scored against in 5 of their last 6 matches, letting opponents get 11 goals in all. At the back, Harrogate Town just haven’t been too solid at all.

Coming into this clash, Harrogate Town are unbeaten in their last 2 away league matches.

The Swindon Town manager Ben Garner doesn’t have any fitness worries whatsoever ahead of this game owing to a completely healthy group available to choose from.

Thanks to a fully healthy group to choose from, the Harrogate Town boss Simon Weaver does not have any fitness concerns to report ahead of this game.

We’re of the opinion that Harrogate Town are dangerous enough to break down this Swindon Town team, although that probably shouldn’t be as many as they’ll concede.

We’re expecting a narrow 2-1 victory for Swindon Town by the time that the referee blows the final whistle. There looks to be little in this one. 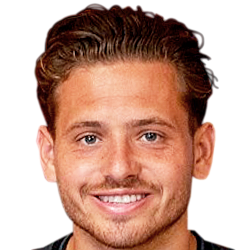 Typically playing in the Central Attacking Midfielder position, Jack Payne was born in Tower Hamlets, England. After making a first senior appearance for Southend United in the 2013 - 2014 season, the skilful Midfielder has managed to score 6 league goals in the League Two 2021 - 2022 campaign so far coming from a total of 16 appearances.

We have made these Swindon Town v Harrogate Town predictions for this match preview with the best intentions, but no profits are guaranteed. Please always gamble responsibly, only with money that you can afford to lose. Good luck!