The Süper Lig match at Antakya Atatürk Stadyumu on Monday will see home team Hatayspor ready themselves for the visit of İstanbul Başakşehir.

To see all of our predictions, user poll & stats for Hatayspor v İstanbul Başakşehir, scroll down - as well as up-to-date odds.

Hatayspor are hoping to win again following a 3-1 1. Lig victory versus Bursaspor.

Over their past 6 fixtures, Hatayspor have celebrated scoring a combined total of 10 times giving them an average number of goals per match of 1.67.

Following on from a loss in their previous game against FC Copenhagen in Europa League action, İstanbul Başakşehir and their travelling supporters will be hoping that they can get a better result in this one.

Illustrating their predisposition for eventful encounters, we’ve seen goals 20 times in the prior 6 matches in which İstanbul Başakşehir have taken to the field, yielding a mean average of 3.33 goals each meeting. Opposing teams have hit 10 from this total. It will be interesting to see if that trend can be sustained in this game.

Hatayspor manager doesn’t have any fitness worries at all ahead of this clash thanks to a fully healthy group to choose from.

Thanks to a completely healthy squad to choose from, İstanbul Başakşehir manager Okan Buruk has no fitness worries to speak of coming into this game.

We’re inclined to think that Hatayspor will need to apply a lot of pressure to score goals against this İstanbul Başakşehir team who will likely emerge victorious.

We’re therefore predicting a very competitive encounter with a 0-1 victory for İstanbul Başakşehir at the end of the 90.

Over/Under 2.5 Goals Prediction for Hatayspor vs İstanbul Başakşehir
Under 2.5 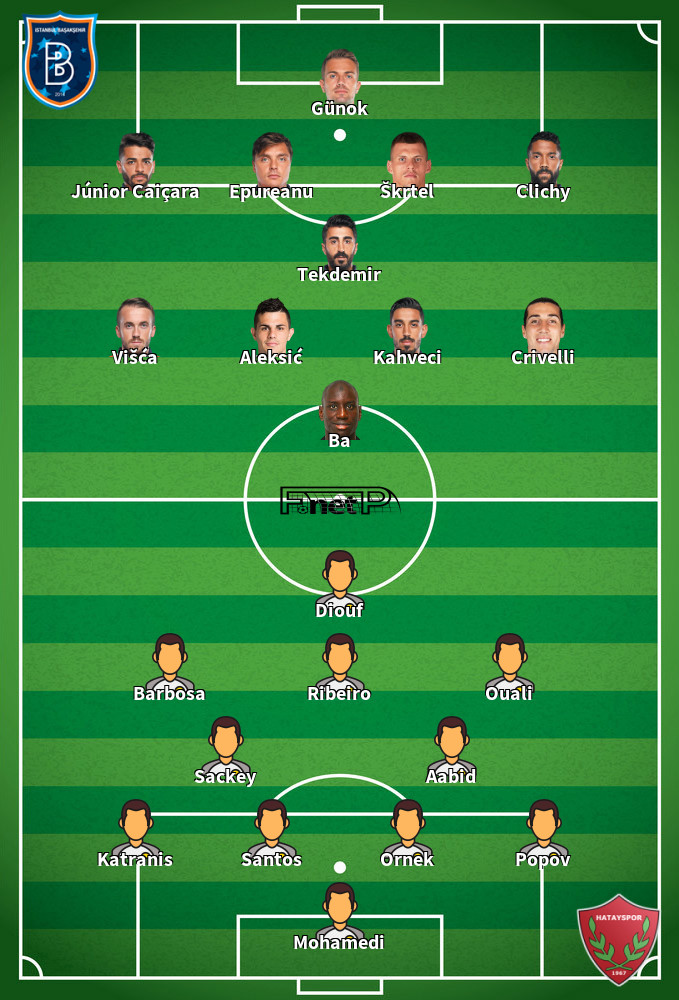 We have made these Hatayspor v İstanbul Başakşehir predictions for this match preview with the best intentions, but no profits are guaranteed. Please always gamble responsibly, only with money that you can afford to lose. We wish you the best of luck.