Havelse will be at Carl-Benz-Stadion on Saturday for the 3rd Liga game with home side Mannheim.

Our predictions, user poll and statistics for Mannheim v Havelse can be found here - plus the latest betting odds.

Mannheim fans will want a repeat of their previous result, being the 2-0 3rd Liga success versus Havelse.

For Mannheim, the goalscorers were Marc Schnatterer (3') and Jesper Verlaat (21').

It has been seldom in recent times where Mannheim haven’t conceded. In fact, Mannheim have failed to prevent opponents from scoring in 5 of their previous 6 matches, giving up 5 goals during that time. Such a trend might not be carried forward into this game, though.

It is worth noting that Havelse have suffered from a lack of goals over their last 6 encounters, recording the unsatisfactory return of just 4. In those matches, Havelse have also seen the collective goal aggregate against them equal 11.

The previous league meeting featuring the two was 3rd Liga match day 19 on 11/12/2021 when the final score was Havelse 1-2 Mannheim.

The match was refereed by Robin Braun.

Owing to a completely healthy group available to select from, the Havelse manager Rüdiger Ziehl does not have any fitness concerns whatsoever ahead of this game.

It’s looking like Havelse will need to be at their best to be putting goals past a Mannheim side who look set to boss this game in attack, midfield and defence.

We’re going for a 3-0 victory for Mannheim when the referee blows the final whistle. 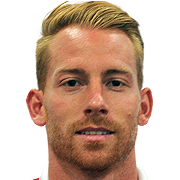 Customarily taking to the field in the Left Attacking Midfielder position, Marc Schnatterer was born in Heilbronn, Germany. After having made a senior debut playing for Heidenheim in the 2009 - 2010 season, the dangerous Midfielder has managed 10 league goals in this 3. Liga 2021 - 2022 season to date in a total of 34 appearances.

We have made these Mannheim v Havelse predictions for this match preview with the best intentions, but no profits are guaranteed. Please always gamble responsibly, only with money that you can afford to lose. Good luck with your selections.