Sochaux head to Stade Océane on Saturday for the Ligue 2 meeting with home team Havre AC.

Our full set of predictions, statistics and match poll for Havre AC v Sochaux can be seen below (inc. the best betting odds).

Havre AC will be hoping for a repeat of their last result, following the 2-3 Ligue 2 success over AJ Auxerre.

It’s been all too rare in recent times that Havre AC have shown defensive steel. The reality is that Havre AC have failed to prevent opponents from scoring in 5 of their previous 6 clashes, letting in 6 goals on the way. Despite that, we will just have to wait and see whether that trend might persist in this match or not.

Going into this encounter, Havre AC are without a home win in the past 3 league games.

Last time out, Sochaux drew 1-1 in the Ligue 2 match with Valenciennes FC.

The only player to score from Sochaux was Tony Mauricio (63'). Floyd Ayité (11') scored for Valenciennes FC.

The stats don’t lie, and Sochaux have been scored against in 5 of their last 6 matches, conceding 9 goals in total. At the back, Sochaux have seen their frailties exposed.

Coming into this contest, Sochaux have not won away from home in their last 3 league matches.

If we look at their past head to head meetings stretching back to 09/11/2018, there is nothing to separate the two clubs with Havre AC winning 3 of those games, Sochaux 3 and 0 being draws after 90 minutes of play.

An aggregate of 19 goals were shared by the two clubs during those clashes, with 8 from Le club doyen and 11 netted by Les Lionceaux. The average number of goals per game works out to 3.17.

The previous league encounter featuring the two was Ligue 2 match day 2 on 31/07/2021 which ended up with the score at Sochaux 0-2 Havre AC.

The Havre AC boss Paul Le Guen will be grateful not to have any fitness worries at all ahead of this game thanks to a fully injury-free group to choose from.

Out of a mainly full-strength group, there is just a single fitness problem for the Sochaux gaffer Omar Daf to be concerned with. Florentin Pogba (Unknown Injury) misses out for this game.

It seems to us that Sochaux and Havre AC could both well score here although it’s hard to see a clear-cut winner.

It’s looking like it could well end up as a draw. Our tip is therefore for a close game with a 1-1 score draw at the end of the 90 minutes. 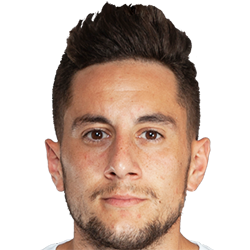 Mostly deployed in the Right Wing position, Quentin Cornette was born in La Ciotat, France. Having made a first senior appearance for Montpellier in the 2015 - 2016 season, the gifted Forward has scored a sum of 5 league goals in the Ligue 2 2021 - 2022 season so far coming from a total of 19 appearances.

While we have made these predictions for Havre AC v Sochaux for this match preview with the best of intentions, no profits are guaranteed. Always gamble responsibly, and with what you can afford to lose. Good luck if you do place a bet today.