The Ligue 2 game at Stade Océane on Tuesday will see home side Havre AC up against Toulouse.

Our full set of predictions, statistics and match poll for Havre AC v Toulouse can be seen below (plus the best game odds).

Havre AC will be looking for an improved result here following the 2-4 Ligue 2 loss in their previous game against Chambly Oise.

Le club doyen have been conceding pretty frequently lately, although they’ve also managed to hit the back of the net themselves. Over their last 6 matches, Le club doyen have been punished defensively in 6 of them while also scoring in 5 of those games. That being said, it remains to be seen if the trend will continue on in this game.

Heading into this fixture, Havre AC are without a home win in the past 5 league games. That's never good.

After tasting defeat last time out to Paris FC in Ligue 2 competition, Toulouse will be aiming to make amends here.

Ahead of this clash, Toulouse have not won away from home in their last 7 league matches.

An examination of their past head to head results going back to 10/01/1998 tells us that these encounters have not been happy ones for Havre AC. They have not managed to register any wins whatsoever whereas Toulouse have just been stronger than them, finishing as winners in 67 per cent of those ties.

A sum of 12 goals were produced between them in this period, with 4 of them from Le club doyen and 8 netted by Toulouse. The average goals per game has been 2.

The match was refereed by Arnaud Baert.

Havre AC manager Paul Le Guen has no fitness worries whatsoever before this game thanks to a completely healthy squad ready to go.

Owing to a completely injury-free squad available to select from, Toulouse boss Patrice Garande has no fitness concerns to speak of ahead of this game.

Here is a game where Havre AC will need to apply a lot of pressure to hit the back of the net against this Toulouse outfit who we think should do enough to score at the other end and edge ahead.

We’ve gone for a very even contest with a 0-1 winning margin for Toulouse when all is said and done. 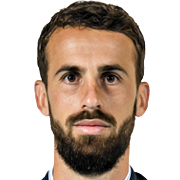 Regularly deployed in the Central Attacking Midfielder position, Alexandre Bonnet was born in La Roche sur Yon, France. Having made his senior debut playing for Toulouse in the 2005 - 2006 season, the gifted Midfielder has bagged 7 league goals in the Ligue 2 2020 - 2021 season so far from a total of 28 appearances.

We have made these Havre AC v Toulouse predictions for this match preview with the best intentions, but no profits are guaranteed. Please always gamble responsibly, only with money that you can afford to lose. We wish you the best of luck.