The Valenciennes FC v Havre AC live stream video is ready for broadcast on 05/05/2021. Fans of both clubs can watch the match on a live streaming service should the game be featured in the schedule referenced above. Here we provide helpful information for watching this Ligue 2 match that includes the most recent guide to form, head to head clashes and our game tips.

To view the game using other sources, search for TV channel schedules in your local region. These broadcasting contracts are typically distributed on a per-competition/league or even per-game level. For matches shown live on regional tv programmes, check the listings on channels such as BT Sport, Amazon Prime Video, Sky Sports, Now TV, iTV, Canal+, Fox Soccer, ESPN that are relevant for your location.

When the abovementioned broadcaster is showing Valenciennes FC v Havre AC soccer live streaming service, you can view it on a mobile (iPhone, Android including Tecno) and desktop as well as tablet (eg iPad, Samsung Galaxy Tab).

After the match finishes, we may also link to the match highlights from time to time. We are not responsible for transmitting any match video content linked to from here. All legal issues must be dealt with via the hosters/owners of such content.

To see all of our predictions, user poll & stats for Valenciennes FC v Havre AC, scroll down - along with the latest match odds.

Valenciennes FC will want to continue from where they left off last time out with the 1-3 Ligue 2 success vs AS Nancy Lorraine.

It has been seldom in recent games where Valenciennes FC haven’t conceded. It will be a concern for them that Les Athéniens have seen their defence breached in 6 of their previous 6 games, leaking 10 goals along the way. We will just have to see whether or not that trend can be continued on in this game.

Their past results show that Valenciennes FC:

Following on from a losing effort in their last game against Toulouse in Ligue 2 action, Havre AC and their travelling supporters will be hoping that they can get a better result in this one.

In that game, Havre AC had 49% possession and 8 attempts at goal with 2 of them on target. Toulouse FC had 8 attempts on goal with 3 on target. Kouadio Manu Koné (28') was the scorer for Toulouse.

The stats don’t lie, and Havre AC have been scored against in 6 of their last 6 games, with opponents netting 9 goals overall. In defence, Le club doyen certainly have room for improvement.

Taking a look at their past results, Havre AC:

Looking at the statistics for their head to head meetings dating back to 18/08/2017, it’s been all-even between these two clubs with Valenciennes FC winning 2 of those games, Havre AC 2 and 2 being drawn after 90 minutes of play.

13 goals were produced between them in these games, with 7 of them for Les Athéniens and 6 being from Le club doyen. That is an average goals per game value of 2.17.

The last league meeting featuring these sides was Ligue 2 match day 19 on 08/01/2021 which ended up with the score at Havre AC 0-2 Valenciennes FC.

Valenciennes FC manager Olivier Guégan will be happy not to have any fitness worries to speak of ahead of this match owing to a fully healthy group ready to go.

With a fully injury-free group available to choose from, Havre AC boss Paul Le Guen has zero fitness worries at all coming into this game.

Our assessment here is that Valenciennes FC could well find it tough to score against this Havre AC lineup who we think might emerge victorious.

Our tip is therefore for a good battle with a 0-1 winning score for Havre AC at the end of the 90 minutes. 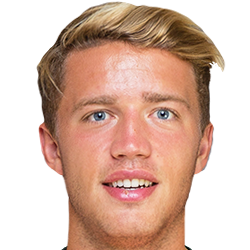 Usually deployed in the Striker position, Baptiste Guillaume was born in Brussels, Belgium. Having made his senior debut playing for RC Lens in the 2012 - 2013 season, the skilful Forward has hit 11 league goals in this Ligue 2 2020 - 2021 season so far from a total of 29 appearances.

We have made these Valenciennes FC v Havre AC predictions for this match preview with the best intentions, but no profits are guaranteed. Please always gamble responsibly, only with money that you can afford to lose. Good luck!

⚽️ Where can I get the previews for other Ligue 2 games?