Hearts head to The Tony Macaroni Arena on Sunday for the Premiership clash with home side Livingston.

All of our predictions, stats and the user poll for Livingston v Hearts are shown below - as well as the best betting odds.

Livingston will want to continue from where they left off last time out with a 1-3 Scottish Cup success against Stenhousemuir.

It has been a rare occasion in recent times that Livingston have managed to hold out for a full 90 minutes. The facts show that Livingston have been scored against in 5 of their previous 6 clashes, giving up 9 goals along the way. That sort of pattern won’t necessarily be carried forward into this match, however.

Heading into this fixture, Livingston haven't lost in the league to Hearts in their previous 2 matches.

Hearts will go into this encounter following a 0-3 Scottish Cup win in the defeat of Hibernian in their previous match.

A run of reliable displays from the Hearts defenders has seen their ‘goals against’ tally standing at 3 from their previous 6 outings combined. In that time, the number of goals that they have scored themselves amounts to 16.

Coming into this meeting, Hearts are undefeated in their previous 3 league matches away from home.

A glance at their prior head to head clashes stretching back to 25/09/2021 shows us that Livingston have won 1 of them & Hearts 3, with the number of draws standing at 2.

An aggregate of 9 goals were scored between them throughout the course of those matches, with 2 for Livi Lions and 7 created by The Jam Tarts. That’s an average goals per game figure of 1.5.

The previous league match between these clubs was Premiership match day 16 on 12/11/2022 which ended up with the score at Hearts 1-1 Livingston.

That time, Hearts managed 73% possession and 15 attempts on goal with 6 of them on target. Their only player on the scoresheet was Josh Ginnelly (97').

On the other side, Livingston had 18 attempts at goal with 7 of them on target. Stephen Kelly (55') scored.

There’s just the lone fitness concern for the Livingston gaffer David Martindale to be concerned with from of an almost fully healthy set of players. Tom Parkes (Knee Injury) is out of contention.

We’ve got the feeling that Livingston will have to play well to hit the back of the net against this Hearts lineup who we reckon should manage to score & go ahead.

We’re going for a hard-fought contest, finishing with a 0-1 victory for Hearts at the end of the 90 minutes. 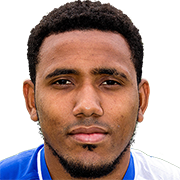 Normally taking to the field in the Left Wing position, Cristian Montaño was born in Cali, Colombia. After having made a senior debut playing for Notts County in the 2011 - 2012 season, the skilful Forward has netted 4 league goals in the Premiership 2022 - 2023 campaign so far in 17 appearances.

While we have made these predictions for Livingston v Hearts for this match preview with the best of intentions, no profits are guaranteed. Always gamble responsibly, and with what you can afford to lose. Good luck if you do place a bet today.