Return to this page a few days before the scheduled game when this expired prediction will be updated with our full preview and tips for the next match between these teams.
Full-Time Result Prediction for Helmond Sport vs Go Ahead Eagles
Go Ahead Eagles to Win
Go Ahead Eagles visit Lavans Stadion on Friday for the Eerste Divisie clash with hosts Helmond Sport.

We believe that Helmond Sport could well find it tough to break down this Go Ahead Eagles outfit who should get the win and a maybe even keep a clean sheet as well. We therefore fancy a very even contest with a 0-1 win for Go Ahead Eagles at the end of the 90 minutes. Looking forward to watching this one unfold. Scroll down to see all of the predictions, poll and statistics for Helmond Sport v Go Ahead Eagles - as well as up-to-date odds.

Their past results show that Go Ahead Eagles: 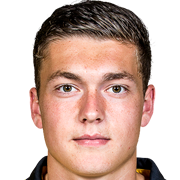 Mostly taking to the field in the Left Wing position, Diego Snepvangers was born in Netherlands. Having made a first senior appearance for NAC Breda in the 2016 - 2017 season, the skilful Forward has struck 4 league goals in the Eerste Divisie 2019 - 2020 season so far in a total of 13 appearances.

We have made these Helmond Sport v Go Ahead Eagles predictions for this match preview with the best intentions, but no profits are guaranteed. Please always gamble responsibly, only with money that you can afford to lose. Good luck with your selections.