Roda JC Kerkrade are the guests at SolarUnie Stadion on Friday for the Eerste Divisie clash with hosts Helmond Sport.

Our tips, poll and stats for Helmond Sport v Roda JC Kerkrade can all be found here - plus the latest betting odds.

For Helmond Sport, the goalscorers were Jelle Goselink (28') and Lance Duijvestijn (81'). Thomas Verheijdt (86') was the scorer for Almere City.

Helmond Sport haven’t had any problems with scoring, netting every time they’ve gone out to play in their last 6 games.

They have hit an aggregate of 15 during that period while also conceding a total of 7. Having said that, it remains to be seen if the trend shall be replicated in this upcoming game or not.

Going into this encounter, Helmond Sport are winless against Roda JC Kerkrade in their previous 2 league matches.

Roda JC Kerkrade will come into the match following on from a 1-3 Eerste Divisie win in the defeat of Excelsior in their most recent fixture.

For Roda JC Kerkrade, goals were scored by Erik Falkenburg (37'), Dylan Vente (70') and Benjamin Bouchouari (83'). Siebe Horemans (93') was the scorer for Excelsior.

Indicating their appetite for high-scoring matches, the back of the net has been hit 26 times in the prior 6 games in which Roda JC Kerkrade have taken to the pitch, making it a mean average of 4.33 goals each fixture. Opposing teams have hit 8 of those goals.

Ahead of this meeting, Roda JC Kerkrade haven't been defeated in their previous 6 league matches away from home.

Inspecting their most recent head-to-head meetings stretching back to 18/05/2017 shows us that Helmond Sport have won 1 of them & Roda JC Kerkrade 3, with the tally of draws standing at 2.

An aggregate of 18 goals were produced between them in this period, with 7 from Helmond and 11 coming from De Koempels. That’s an average goals per game of 3.

Owing to a completely healthy squad available for selection, Roda JC Kerkrade manager Jurgen Streppel does not have any fitness worries to speak of coming into this game.

In our opinion, Helmond Sport have enough to put a goal past this Roda JC Kerkrade side, although one goal might not be enough to give them the result that they want.

Therefore, we think that it’s going to be both teams to score in a 1-2 winning margin for Roda JC Kerkrade when the referee blows the final whistle. It really should be an interesting one. 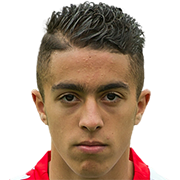 Mostly played in the Central Attacking Midfielder position, Karim Loukili was born in Den Haag, Netherlands. After having made a senior debut playing for Jong Utrecht in the 2016 - 2017 season, the accomplished Midfielder has got 8 league goals in this Eerste Divisie 2020 - 2021 campaign to date in 21 appearances.

While we have made these predictions for Helmond Sport v Roda JC Kerkrade for this match preview with the best of intentions, no profits are guaranteed. Always gamble responsibly, and with what you can afford to lose. Good luck with your selections.