Orgryte are going up against visiting opponents Helsingborgs IF at Gamla Ullevi in this Superettan fixture on Saturday.

Full predictions, pre-match stats and user poll for Orgryte v Helsingborgs IF are shown on this page - as well as up-to-date odds.

Orgryte will be hoping for a repeat of their last result, following a 3-2 Superettan success over Landskrona BoIS.

In that match, Orgryte managed 52% possession and 20 attempts at goal with 9 on target. For Orgryte, the goalscorers were Hampus Dahlqvist (30'), Aílton Almeida (81') and Anton Andreasson (84'). On the other side, Landskrona BoIS had 5 shots on goal with 3 on target. Oscar Petersson (56') and Filip Olsson (60') scored for Landskrona BoIS.

Fixtures with Orgryte have proved to be lively affairs of late with high scoring the rule rather than the exception. Over their past half dozen clashes alone, a grand total of 20 goals have flown in for both sides combined (at an average of 3.33 goals per game) with 11 of them being chalked up by Orgryte. Putting that to one side, we’ll just have to find out whether the trend will be maintained in this upcoming game.

A look at their previous results shows us that Orgryte:

Since tasting defeat last time out to IFK Värnamo in Superettan action, Helsingborgs IF and their fans will hope to get a better result this time.

The only player to score from Helsingborgs IF was Wilhelm Loeper (22'). Christian Moses (50'), Robin Dzabic (66') and Joel Stevens (86') scored for IFK Värnamo.

Illustrating their fondness for high-scoring encounters, we’ve had goals 20 times in the previous 6 games in which Helsingborgs IF have taken to the field, making it an average of 3.33 goals each meeting. Opposing teams have managed 9 from this total.

Coming into this fixture, Helsingborgs IF have not lost to Orgryte in away games against them for the last 2 league games.

A look at their past head to head clashes dating back to 18/10/2009 shows that Orgryte have won 1 of them & Helsingborgs IF 5, with the number of drawn matches standing at 0.

A sum of 21 goals were shared by the two clubs during those clashes, with 7 of them for Sällskapet and 14 belonging to Di Röe . The average number of goals per game works out to 3.5.

The last league fixture featuring these clubs was Superettan match day 2 on 20/04/2021 which ended up with the score at Helsingborgs IF 4-1 Orgryte.

In that game, Helsingborgs IF had 44% possession and 9 shots on goal with 6 on target. Goals were scored by Viktor Lundberg (6', 76') and Brandur Hendriksson (88').

The Orgryte boss Dane Ivarsson will be grateful to have no fitness concerns to speak of coming into this match thanks to a fully healthy squad to choose from.

Thanks to a completely injury-free squad to pick from, the Helsingborgs IF boss Jörgen Lennartsson has zero fitness worries at all ahead of this match.

We feel that Helsingborgs IF and Orgryte could well both score and end up finding themselves in a fairly even game here.

Let’s see what happens, but it could well be that we end up with scores level. We’re therefore seeing a very close game with a 1-1 scoreline at the end of this game. 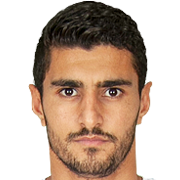 Regularly deployed in the Striker position, Aílton Almeida was born in Brazil. Having made a first senior appearance for Orgryte in the 2004 season, the accomplished Forward has bagged 3 league goals in the Superettan 2021 season so far from a total of 21 appearances.

We have made these Orgryte v Helsingborgs IF predictions for this match preview with the best intentions, but no profits are guaranteed. Please always gamble responsibly, only with money that you can afford to lose.