Helsinki IFK host visiting side Ilves at Bolt Arena in this Veikkausliiga match on Thursday.

Our Helsinki IFK v Ilves predictions, statistics and match poll can be seen below - plus the latest betting odds.

Helsinki IFK won’t want a repeat of their last result here following the 3-2 Veikkausliiga loss in their previous game against KuPS.

It has been seldom in recent times where Helsinki IFK have managed to hold out for a full 90 minutes. In fact, Tähtirinnat have been scored against in 5 of their previous 6 matches, letting in 12 goals along the way.

Looking at their past form shows that Helsinki IFK:

Previously, Ilves drew 1-1 in the Veikkausliiga tie with KuPS.

The only scorer from Ilves was Nattan Skyttä (46'). Urho Nissilä (54') was the scorer for KuPS.

Over the course of their last six outings, Ilves have bagged a total of 11 goals. Ipa have also managed to score on each one of those occasions. In that time, their defenders have had 7 goals go into their own net. We will see if that trend can be continued on here.

Ahead of this meeting, Ilves are undefeated in their previous 2 away league matches.

An inspection of their past head to head results stretching back to 04/06/2017 tells us that these encounters have not been kind to Helsinki IFK. They’ve not been able to come away with any wins at all while Ilves have dominated them, beating them in 67% of those ties.

We believe that Helsinki IFK will need things to go their way to get anything against this Ilves team who we think will likely score at least once to put them ahead.

That’s why we have predicted a hard-fought contest, finishing with a 0-1 win for Ilves at the conclusion of the game.

Over/Under 2.5 Goals Prediction for Helsinki IFK vs Ilves
Under 2.5 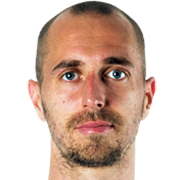 Usually taking up the Central Defensive Midfielder position, Sakari Mattila was born in Tampere, Finland. Having made his senior debut playing for HJK in the 2008 season, the accomplished Midfielder has hit 4 league goals in the Veikkausliiga 2020 season to date in a total of 14 appearances.

While we have made these predictions for Helsinki IFK v Ilves for this match preview with the best of intentions, no profits are guaranteed. Always gamble responsibly, and with what you can afford to lose. Good luck with your selections.