RoPS will be visiting Bolt Arena on Thursday for the Veikkausliiga showdown with home side Helsinki IFK.

All Helsinki IFK v RoPS match predictions, user poll and stats are shown below (including the best match odds).

Helsinki IFK will be looking to improve on their last outing here following a 3-0 Veikkausliiga defeat last time out to HJK.

Tähtirinnat have been finding it hard to keep clean sheets of late, but they’ve also done enough to score goals themselves. Analysis of their previous 6 games shows that Tähtirinnat have seen their goal breached in 6 of them while also scoring in 5 of those games.

After tasting defeat last time out to TPS Turku in Veikkausliiga action, RoPS will be hoping to turn things around here.

The stats tell the story, and RoPS have been scored against in 5 of their last 6 games, conceding 17 goals overall. Defensively, RoPS can certainly do much better. Having said that, it remains to be seen whether the trend might persist in this match.

Going into this one, RoPS are without a win away from home in their last 2 league games.

Looking over their prior head-to-head meetings stretching back to 08/07/2017 shows us that Helsinki IFK have won 4 of them and RoPS 1, with the number of drawn games standing at 1.

10 goals were produced between them during those clashes, with 7 from Tähtirinnat and 3 created by RoPS. This gives an average number of goals per game equal to 1.67.

Availability isn’t a big problem, with just one fitness concern for the Helsinki IFK boss Teemu Kankkunen to contend with thanks to an almost full-strength squad. Erikson Carlos (Cruciate Ligament Rupture) is sidelined.

Thanks to a fully healthy group available to choose from, RoPS manager Mikko Mannila has zero fitness worries to speak of coming into this clash.

Helsinki IFK can get the goals that they need when they face RoPS, who could well struggle to score.

Therefore, we are anticipating a fairly comfortable 2-0 margin for Helsinki IFK at the conclusion of the game. 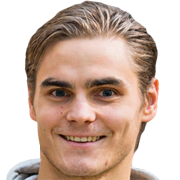 Customarily taking to the field in the Striker position, Sakari Tukiainen was born in Helsinki, Finland. Having made his senior debut playing for RoPS in the 2017 season, the gifted Forward has got 5 league goals in this Veikkausliiga 2020 season to date in a total of 15 appearances.

While we have made these predictions for Helsinki IFK v RoPS for this match preview with the best of intentions, no profits are guaranteed. Always gamble responsibly, and with what you can afford to lose. We wish you the best of luck.