Heracles Almelo will be at Philips Stadion on Sunday for the Eredivisie tie with hosts PSV Eindhoven.

Our predictions, user poll and statistics for PSV Eindhoven v Heracles Almelo can be found here - as well as the best betting odds.

PSV Eindhoven will be looking to improve on their last outing here after a 2-0 Eredivisie loss in their previous game against AZ.

In that game, PSV Eindhoven managed 52% possession and 15 shots at goal with 4 on target. On the other side, AZ got 9 attempts at goal with 5 on target. Jesper Karlsson (4') and Teun Koopmeiners (68') scored for AZ.

It’s been seldom in recent times that PSV Eindhoven have shown defensive steel. It will be a concern for them that Rood-witten have been scored against in 6 of their previous 6 games, giving up 7 goals in the process. Let’s see if that trend can be continued on in this game.

Their prior results show that PSV Eindhoven:

In their previous game, Heracles Almelo drew 1-1 in the Eredivisie match with Sparta Rotterdam.

The stats don’t lie, and Heracles Almelo have been scored against in 6 of their last 6 games, seeing opposing sides hit 10 goals in all. Defensively, Heraclieden just haven’t been too solid at all.

An inspection of their past head to head meetings stretching back to 22/10/2017 shows that these encounters have been pretty painful for Heracles Almelo. They have not been able to register any wins whatsoever whereas PSV Eindhoven have been superior, winning in 83% of those matches played.

A combined sum of 18 goals were scored between the two sides in these games, with 15 of them for Rood-witten and 3 being from Heraclieden. The average number of goals per game works out to 3.

The last league game between these clubs was Eredivisie match day 3 on 27/09/2020 when it ended Heracles Almelo 1-1 PSV Eindhoven.

In this match, Heracles Almelo could really find it hard to be putting goals past a PSV Eindhoven outfit who should be able to dominate this match.

Our tip is for a very comfortable 3-0 winning scoreline for PSV Eindhoven by the conclusion of the match. 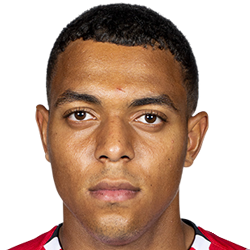 Regularly deployed in the Striker position, Donyell Malen was born in Wieringen, Netherlands. After having made a senior debut playing for Jong PSV in the 2017 - 2018 season, the talented Forward has scored 15 league goals in the Eredivisie 2020 - 2021 season to date in 26 appearances.

We have made these PSV Eindhoven v Heracles Almelo predictions for this match preview with the best intentions, but no profits are guaranteed. Please always gamble responsibly, only with money that you can afford to lose. Best of luck with your selections.