We’re of the opinion that Bayern have the ability to create a decent amount of chances and shots on target. In contrast, Hertha Berlin will be up against it scoring goals, although we do see them converting at least once as well. We can therefore see a comfortable 1-3 victory for Bayern come full-time. Full predictions, pre-match stats and user poll for Hertha Berlin v Bayern are shown on this page - plus the latest match odds.

Going into this contest, Bayern München have not beaten Hertha BSC in games played away from home for the previous 3 league matches. 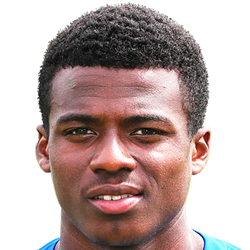 Normally taking up the Left Attacking Midfielder position, Javairô Dilrosun was born in Netherlands. Having played his first senior match for Hertha BSC in the 2018 - 2019 season, the gifted Midfielder has contributed 3 league goals in the Bundesliga 1 2019 - 2020 season to date coming from a total of 13 appearances.

While we have made these predictions for Hertha Berlin v Bayern for this match preview with the best of intentions, no profits are guaranteed. Always gamble responsibly, and with what you can afford to lose. Good luck if you do place a bet today.

⚽️ Where can I find the tips for other Bundesliga 1 games?

Look at all of the upcoming (and previous) Bundesliga 1 predictions & previews here.