Hertha Berlin will do battle with away side Freiburg at Olympiastadion Berlin in the Bundesliga 1 match on Thursday.

All of our predictions, stats and the user poll for Hertha Berlin v Freiburg are shown below - plus the latest betting odds.

Hertha Berlin enter this game coming off the back of a 1-1 Bundesliga 1 tied result against Mainz.

It’s not been often in recent times where Hertha Berlin have kept a clean sheet. The reality is that Hertha have failed to prevent opponents from scoring in 5 of their previous 6 clashes, shipping 7 goals during that time. Such a trend might not be continued here, of course.

Their prior results show that Hertha Berlin:

In their previous game, Freiburg drew 1-1 in the Bundesliga 1 tie with Hoffenheim.

In that game, Freiburg had 48% possession and 14 attempts at goal with 6 of them on target. The scorer for Freiburg was Vincenzo Grifo (81'). TSG 1899 Hoffenheim had 17 attempts on goal with 4 on target. Andrej Kramarić (40') scored for Hoffenheim.

Throughout their 6 latest matches, Christian Streich's Freiburg have managed to stick the ball in the net a total of 8 times therefore giving them the goals per game average of 1.33.

A look at their previous results shows us that Freiburg:

Looking over their past head to head clashes going back to 10/03/2018 tells us that Hertha Berlin have won 1 of them and Freiburg 3, with the number of drawn matches being 2.

An aggregate of 14 goals were shared by the two clubs throughout the course of those matches, with 5 from Hertha and 9 coming from Freiburg. This gives an average number of goals per game equal to 2.33.

The previous league clash between these clubs was Bundesliga 1 match day 13 on 20/12/2020 which finished with the scoreline of Freiburg 4-1 Hertha Berlin.

At the other end, Hertha Berlin had 10 attempts on goal with 3 of them on target. Dodi Lukébakio (52') scored.

Due to a fully healthy squad to pick from, Freiburg manager Christian Streich doesn’t have any fitness concerns at all coming into this game.

Here is a game where Freiburg will need to put in a solid display to hit the back of the net against this Hertha Berlin lineup who we think will win and very possibly keep a clean sheet.

We therefore fancy a good tussle with a 1-0 winning margin for Hertha Berlin when all is said and done. 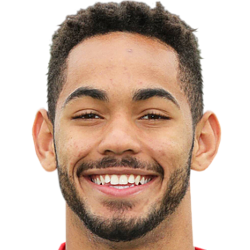 Usually playing in the Striker position, Matheus Cunha was born in Brazil. After having made a senior debut playing for FC Sion in the 2017 - 2018 season, the gifted Forward has bagged 7 league goals in the Bundesliga 1 2020 - 2021 season so far coming from a total of 24 appearances.

While we have made these predictions for Hertha Berlin v Freiburg for this match preview with the best of intentions, no profits are guaranteed. Always gamble responsibly, and with what you can afford to lose. Good luck with your selections.