The Premiership tie at The Tony Macaroni Arena on Saturday sees home side Livingston lock horns with Hibernian.

All Livingston v Hibernian game predictions, stats and user poll are shown below including the latest game odds.

Livingston fans will want a repeat of their previous result, being a 0-1 Premiership victory vs Dundee United.

Livingston have been on a persistent run of goalscoring form, hitting the target in one hundred percent of their last 6 games.

They’ve totted up the amount of 10 during that period and have conceded a total of 7. That sort of pattern isn’t assured to be continued into this game, though.

Coming into this fixture, Livingston are unbeaten in the league by Hibernian in their previous 3 matches.

In their last game, Hibernian drew 1-1 in the Premiership match with Hearts.

In that match, Hibernian had 56% possession and 11 shots on goal with 3 on target. The only player to score for Hibernian was Martin Boyle (95'). For their opponents, Hearts had 12 attempts on goal with 6 of them on target. Lawrence Shankland (22') was the scorer for Hearts.

Throughout their six latest matches, Lee Johnson's Hibernian have fired home 11 times, yielding them a goals per game average of 1.83.

Going into this encounter, Hibernian have left without a victory over Livingston when they've played them away from home in the last 3 matches in the league.

A glance at their past head-to-head clashes going back to 20/03/2021 tells us that Livingston have won 3 of them & Hibernian 2, with the number of draws being 1.

A sum of 14 goals were scored between them during those clashes, with 7 of them from Livi Lions and 7 belonging to The Hibees. This gives an average number of goals per game equal to 2.33.

The previous league game between the two was Premiership match day 2 on 30/04/2022 when the final score was Livingston 1-0 Hibernian.

On that occasion, Livingston had 44% possession and 9 shots on goal with 3 of them on target. The scorer was Scott Pittman (57').

Hibernian got 18 attempts at goal with 0 on target.

The Livingston boss David Martindale will be thankful to have no fitness worries at all ahead of this clash thanks to a fully healthy group available to choose from.

In our opinion, Hibernian and Livingston could both well score here although it’s hard to see a clear-cut winner.

We’ll see, but this looks like it could end up all-square. With that in mind, we reckon that it will be a very even match with a score draw at the end of the 90. 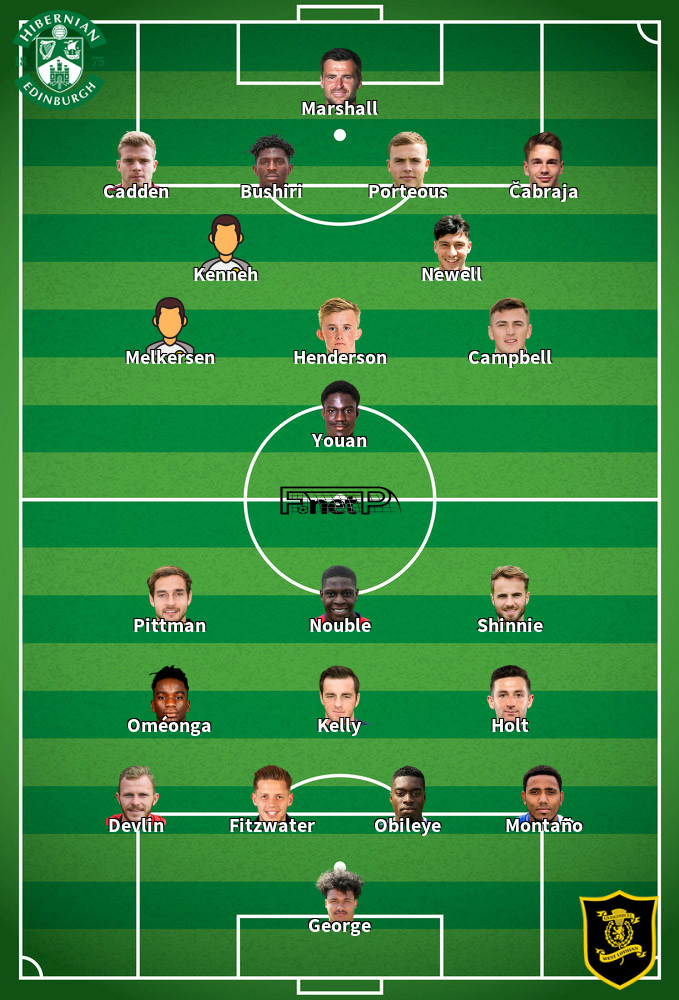 We have made these Livingston v Hibernian predictions for this match preview with the best intentions, but no profits are guaranteed. Please always gamble responsibly, only with money that you can afford to lose. Good luck if you do place a bet today.