Helsinki IFK will be visiting Bolt Arena on Wednesday for the Veikkausliiga meeting with home team HJK.

View all HJK v Helsinki IFK tips, stats and our pre-match poll below - plus the latest match odds.

HJK will play in this fixture following a 0-0 Veikkausliiga drawn game vs FC Honka.

Toni Koskela's HJK have seen rewards for their attempts on goal a sum total of 7 times over their past 6 outings. The comparative number of goals that have been scored against them in those fixtures amounts to 9.

Since suffering a loss in their previous game against IFK Mariehamn in Veikkausliiga action, Helsinki IFK and their fans will hope to get a better result this time.

Joaquín Gómez's Helsinki IFK have seen their goal attempts be successful 8 times throughout their most recent six matches. The overall goals that have been scored against them during those same clashes comes to 10.

Inspecting their past head-to-head clashes dating back to 12/09/2017 shows that HJK have won 4 of these & Helsinki IFK 1, with the number of draws being 1.

A sum of 18 goals were produced between them in this period, with 12 of them for Klubi and 6 created by Tähtirinnat. The average number of goals per game works out to 3.

The last league fixture between the two was Veikkausliiga match day 12 on 30/06/2021 and the score finished Helsinki IFK 0-1 HJK.

That time, Helsinki IFK had 40% possession and 4 attempts on goal with 2 of them on target.

At the other end, HJK had 11 attempts at goal with 5 of them on target. Filip Valenčič (40') was the scorer.

The match was refereed by Antti Munukka.

Thanks to a largely full-strength group, there’s just the lone fitness issue for the Helsinki IFK boss Joaquín Gómez to be concerned with. Sakari Tukiainen (Knee Injury) misses out for this game.

HJK are likely to dominate on the ball and be rewarded with decent chances.

However, Helsinki IFK could well find it tough to find the back of the net but we do fancy them scoring here as well.

We’re therefore anticipating a comfortable 3-1 winning score for HJK at the end of this one. 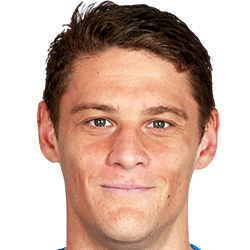 Regularly used in the Central Attacking Midfielder position, Filip Valenčič was born in Ljubljana, Slovenia. After having made a senior debut playing for Notts County in the 2015 - 2016 season, the gifted Midfielder has managed 6 league goals in the Veikkausliiga 2021 campaign to date in a total of 20 appearances.

We have made these HJK v Helsinki IFK predictions for this match preview with the best intentions, but no profits are guaranteed. Please always gamble responsibly, only with money that you can afford to lose. Good luck!