Return to this page a few days before the scheduled game when this expired prediction will be updated with our full preview and tips for the next match between these teams.
Full-Time Result Prediction
👉
VPS Vaasa to Win

VPS Vaasa journey to Bolt Arena on Saturday for the Veikkausliiga tie with home side Helsinki IFK.

Scroll down to see all of the predictions, poll and statistics for Helsinki IFK v VPS Vaasa (inc. the best betting odds).

Helsinki IFK will be hoping to bounce back here following a 1-2 Veikkausliiga loss in their previous game against FC Honka.

The only name on the scoresheet from Helsinki IFK was Aatu Kujanpää (51'). Aldayr Hernández (66') and Agon Sadiku (85') scored for FC Honka.

Their past results show that Helsinki IFK:

VPS Vaasa will go into this match following a 1-3 Veikkausliiga win over IFK Mariehamn in their previous fixture.

The numbers tell their own story, and VPS Vaasa have been scored against in 5 of their last 6 games, letting opponents get 10 goals overall. Defensively, VPS Vaasa have seen their frailties exposed. We will just have to find out if that trend can be continued on into this next match.

An examination of their prior head to head meetings stretching back to 31/05/2017 shows that Helsinki IFK have won 4 of these games & VPS Vaasa 1, with the number of draws standing at 1.

A combined sum of 21 goals were scored between the two sides in these games, with 12 of them from Tähtirinnat and 9 for Vepsi. The average number of goals per game works out to 3.5.

The previous league meeting featuring these clubs was Veikkausliiga match day 4 on 06/10/2019 and the score finished VPS Vaasa 2-3 Helsinki IFK.

The Helsinki IFK manager Mixu Paatelainen will be thankful to have no fitness worries whatsoever ahead of this clash thanks to a completely healthy group available for selection.

Thanks to a fully healthy group available to choose from, the VPS Vaasa manager Jussi Nuorela has zero fitness concerns to speak of ahead of this match.

Here is a game where Helsinki IFK could find themselves up against it to breach the defence of this VPS Vaasa lineup who we think should score at least once to gain the upper hand.

We’re therefore seeing a good tussle with a 0-1 advantage for VPS Vaasa at the end of this one. 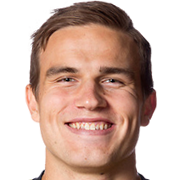 Typically playing in the Striker position, Eero Markkanen was born in Jyväskylä, Finland. After having played his first senior match for JJK Jyväskylä in the 2012 season, the dangerous Forward has scored 2 league goals in the Veikkausliiga 2022 campaign so far in 9 appearances.

We have made these Helsinki IFK v VPS Vaasa predictions for this match preview with the best intentions, but no profits are guaranteed. Please always gamble responsibly, only with money that you can afford to lose. Best of luck with your selections.